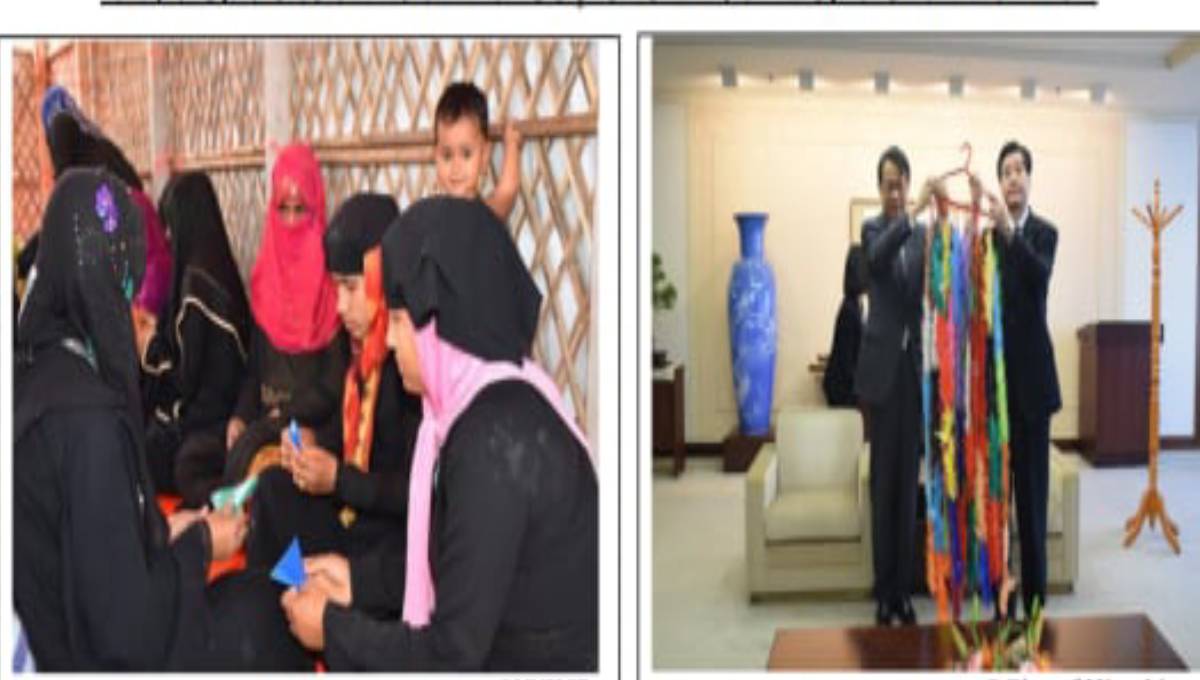 Dhaka, April 16 : One thousand origami paper cranes folded by hundreds of Rohingya people in Cox’s Bazar flew to Hiroshima and conveyed their wish and message for peace to Japanese people.

Rohingya people in Cox’s Bazar made one thousand origami paper cranes, praying for peace, according to Japanese Embassy in Dhaka.

They heard about the tragedy of atomic bombing in Hiroshima that killed many people at once in 1945, and a story of Sadako Sasaki who passed away at the age of 12, due to after-effect of atomic bombing.

“These people from Myanmar were forcibly placed in the most difficult situation, yet they still feel compassion to other people who faced difficulties.  Such sympathy they showed and wish for peace are more precious than anything else,” said Ambassador Izumi.

He hoped that many Japanese people will learn more about the cruel situation they are facing and feel compassion toward them.

The handover of one thousand cranes were widely covered by Japanese media.

It will be displayed in Hiroshima Peace Memorial Museum.