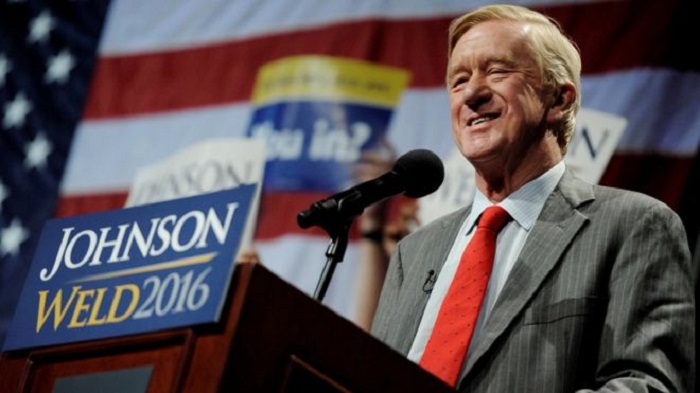 Former Massachusetts Governor Bill Weld has become the first Republican to challenge Mr Trump in 2020.
Mr Weld, 73, has released a campaign video contrasting his style with the current president’s.

But he faces an uphill battle to take over a Republican party that has been refashioned in Mr Trump’s image.Mr Weld was governor of Massachusetts from 1991-97 after serving in the justice department under President Ronald Reagan.

He was running mate on the Libertarian ticket during the 2016 presidential election.

“I really think if we have six more years of the same stuff we’ve had out of the White House the last two years that would be a political tragedy,” he said on CNN.

“So I would be ashamed of myself if I didn’t raise my hand and run.”

Mr Weld’s campaign video touts his cross-party credentials as a Republican who was elected in the Democratic stronghold of Massachusetts.

The three-minute production contrasts his record with clips of provocative statements by Mr Trump.The video finishes with the slogan: “A Better America Starts Here.”

But underscoring the long odds for him, party leaders promptly rejected his campaign.

“Any effort to challenge the president’s nomination is bound to go absolutely nowhere,” the Republican National Committee said in statement.

According to the most recent Gallup poll, 89% of Republican voters approve of the president.

Mr Trump’s campaign said on Sunday it had raised more than $30m in the first quarter of this year, far outpacing the political war chests of individual Democratic candidates.

Ex-Florida Governor Jeb Bush, who was bested by Mr Trump during the 2016 election, has recently been calling for a Republican to oust the president next year.

Next year Republican and Democratic voters will hold elections known as primaries to pick their respective party’s standard bearer for the November 2020 presidential election.

Sitting presidents do not usually face internal challengers, and only a few have ever been denied renomination by their party.