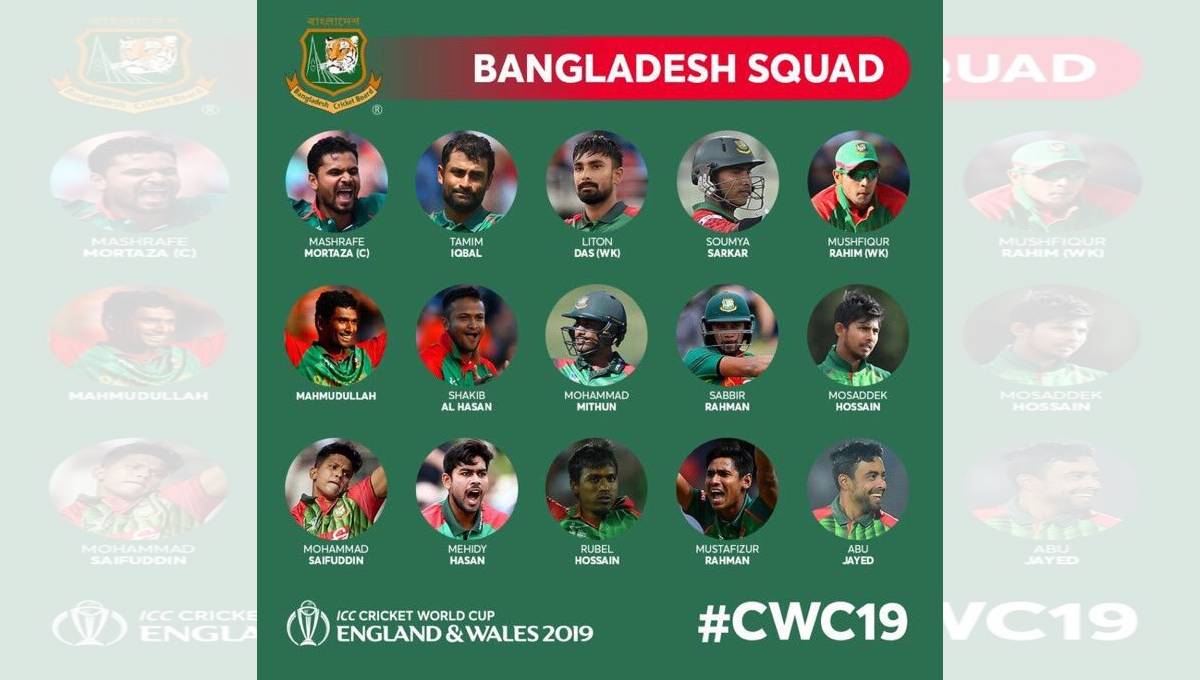 Dhaka, Apr 16 : Bangladesh Cricket Board (BCB) on Tuesday announced the 15-member Tiger squad for the upcoming World Cup 2109 scheduled to played in England and Wales from May 30 to July 14.

Abu Jayed Rahi came as the only surprise of the World Cup squad. The right-arm pacer never played an ODI. However, he played Test cricket for the Tigers.

Mosaddek Hossain has also been included in the team. The right-handed batsman recently struck a ton in the ongoing Dhaka Premier Division Cricket League which has paved the way for him.

“Rahi’s bowling can be effective in the condition of England and this is why we have included him in the pace bowling attack,” Minhazul Abedin told the reporters while announcing the team.

“We have considered Mosaddek as the back-up batsman and he has the ability of bowling off-spin which can be a great asset for us in the event like World Cup,” Minhazul said.

BCB Chief Selector Minhazul Abedin announced the team at a press-conference at Sher-e-Bangla National Cricket Stadium. Chairman of the cricket operation committee Akram Khan and the other selector including Habibul Bashar were presented at the press conference along with Jalal Younus, chairman of the media and communication committee of BCB.

Along with the 15-members World Cup team, BCB also kept batsman Yasir Ali Rabbi and right-arm spinner Nayeem Hasan for the Ireland tour. The duo has been included only for the tri-series in Ireland.