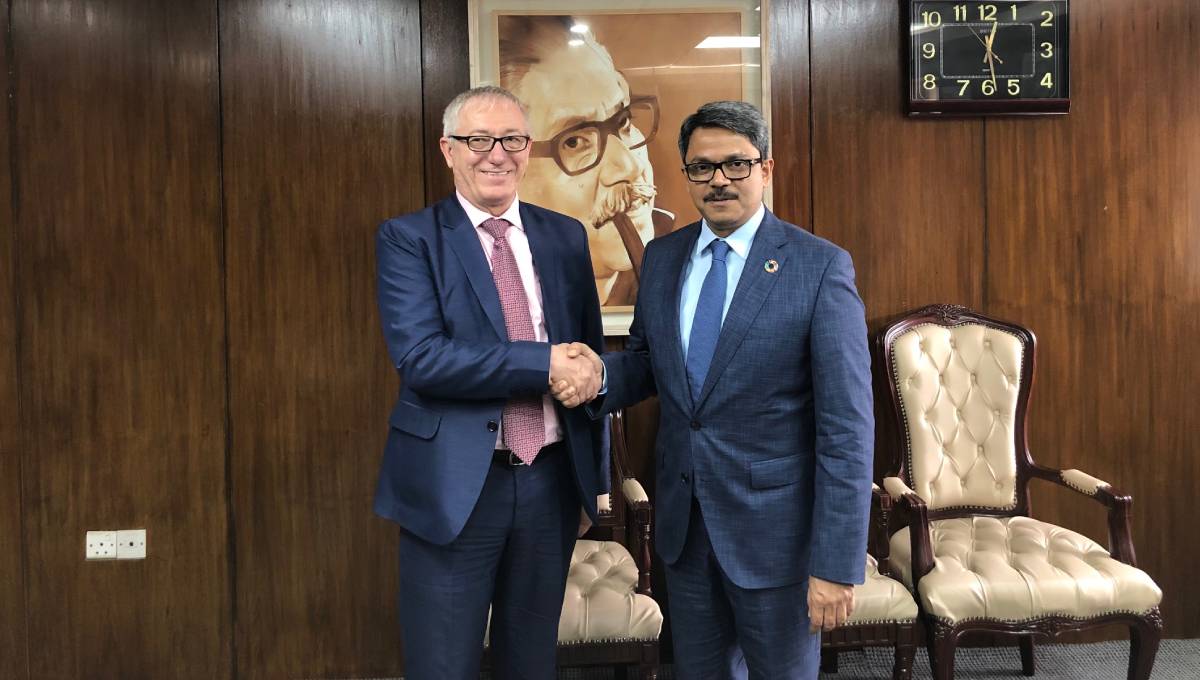 Ambassador of the Republic of Slovenia to Bangladesh with residence in New Delhi Jožef Drofenik meets State Minister for Foreign Affairs Md. Shahriar Alam, MP at the latter’s office on Tuesday. Photo: Courtesy

Dhaka, April 16 : Bangladesh on Tuesday invited the Slovenian businessmen to explore enhanced trade and investment opportunities between the two countries.

When Ambassador of the Republic of Slovenia to Bangladesh with residence in New Delhi Jozef Drofenik met the State Minister at the latter’s office in the morning, Shahriar also said there is an ample scope of cooperation in the field of agriculture, education, culture, trade and economic cooperation, science and technology.

Recalling the support of the then Yugoslavia in the Liberation War in 1971 and subsequent assistance for reconstruction of the war-torn economy of Bangladesh in the post-Liberation War period (early 70s), the State Minister expressed gratitude to the Slovenian people and stressed enhancing the existing bilateral relations between the two time-tested friendly countries in the days ahead.

He emphasised the importance of the high-level visits by recalling the visit of Bangabandhu Sheikh Mujibur Rahman to the former Yugoslavia in the early years of Bangladesh’s independence.

Ambassador Drofenik assured the State Minister of exploring all the possible areas of mutual cooperation between the countries to strengthen and deepen the bilateral engagements of the two countries.

During the discussion, the Ambassador mentioned that the Deputy Minister of Foreign Affairs of Slovenia would like to visit Bangladesh in the first week of July 2019 for Foreign Office Consultation.

Apart from bilateral issues, views on regional and international issues of mutual concern were exchanged during the meeting. Both sides agreed to maintain cooperation in different multilateral platforms.