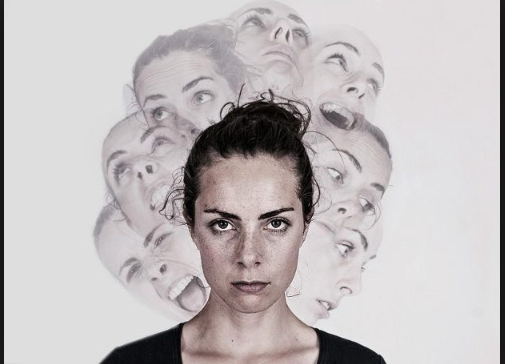 As with most mental illnesses, recognizing the signs of schizophrenia isn’t always easy. But one thing is clear: Schizophrenia does not mean having split or multiple personalities, despite commonly held stereotypes. Instead, schizophrenia symptoms often reflect difficulty sorting out reality from fantasy. Schizophrenia symptoms can affect all aspects of a person—thoughts, emotions, and behavior—which can filter down into difficulty negotiating many aspects of life.
The formal criteria doctors have used to diagnose schizophrenia has not changed in about 30 years, and those were based on observations made more than a century ago, says Timothy B. Sullivan, MD, chair of psychiatry and behavioral sciences at Northwell Health at Staten Island University Hospital in New York. While these are due for a change, for the time being, the “old” standards persist.

“The way schizophrenia has traditionally been diagnosed is through the presence of positive symptoms, on the one hand. Those are hallucinations and delusions together,” says Dr. Sullivan. There are also negative, now called deficit, symptoms.

These classifications are imperfect, but people with schizophrenia experience “some degree of impairment in social or other cognitive functioning,” Dr. Sullivan says. They may show signs of disordered thinking or difficulty planning, talking, expressing emotion, or with cognition.

Not all people with schizophrenia have all these symptoms and not all people have the same severity of symptoms. In some people, symptoms wax and wane. In others, they remain fairly static. Here are some basic signs to look for.

Hallucinations are the classic symptom of schizophrenia. The most common hallucinations are auditory (usually hearing voices, but sometimes also music or machinery noises), followed by visual hallucinations (seeing blasts of color or even a person who isn’t there), and occasionally feelings of being touched or smelling or tasting something unusual.

But hallucinations don’t mean you have schizophrenia, as they can also occur with other mental illnesses, such as bipolar disorder, says Dr. Sullivan. And the types of hallucinations—someone shooting at you with invisible ray guns, for instance—aren’t necessarily an indication of a specific illness.These and other symptoms of schizophrenia usually begin between the ages of 16 and 30, a little earlier in men than in women.

Many people lump hallucinations and delusions together, but while they may occur together, they’re not the same thing.

“What we call delusions are stories which patients create in order to make sense of their bizarre states of mind,” says Dr. Sullivan.

In a way, delusions are explanations that accompany the hallucinations. Again, delusions aren’t exclusive to schizophrenia. There are also different types of delusions, including bizarre (aliens arriving), non-bizarre (the IRS is after me), grandiose, and paranoid.

Many people with schizophrenia have trouble expressing themselves and communicating. This may manifest as beating around the bush when answering a question, talking off topic, switching topics seemingly out of the blue, creating words, and “word salad”—a jumble of words that seem to have no meaning. Experts assume that this type of speech indicates that thoughts are also disorganized.

Cognitive symptoms reflect problems with the brain’s executive functioning, meaning memory, focus, planning, and organizing. This symptom, maybe even more than others, can disrupt day-to-day life in people with schizophrenia.

Cognitive problems also often mean trouble navigating social relationships. “A fundamental disturbance in schizophrenia from a physiological standpoint has more to do with impairments in the way the mind perceives and manages social information,” says Dr. Sullivan.

Executive function is governed by the brain’s prefrontal cortex, which, compared with other animals, is highly developed in humans. “[The prefrontal cortex] is not absent in people with schizophrenia, but the ability to use it effectively, particularly in social interactions, is impaired to one degree or another,” says Dr. Sullivan.

Like speech and thought patterns, disorganized movement can also be a symptom of schizophrenia. A person may appear agitated or flailing with extra, unnecessary movements. They may have trouble distinguishing left from right, be clumsy, or even not move for long periods of time. People with schizophrenia may also seem impulsive and reactive.

“Friends and family may see a person withdraws into themselves, becoming less interested in people and doing things,” says Dr. Sullivan “A lot of times they think the person is just being lazy and don’t realize something’s happening. It’s very similar to depression.”

The impression of social withdrawal can be heightened by those flat or “blunted” expressions, speaking in monotones, and not making eye contact. Social isolation can be accentuated by the fact that many people with schizophrenia seem to not be taking care of their appearance or hygiene.

People with schizophrenia are more likely to die by suicide compared to the general population. If you see any indication that a person may be contemplating suicide, get medical help immediately.

Schizophrenia is not as common in teenagers or children, but, when it does happen, it’s harder to recognize. That’s because many of the early symptoms of schizophrenia aren’t too different from typical teenage behavior: difficulty sleeping, being irritable or seeming depressed, poor grades, and switching groups of friends.