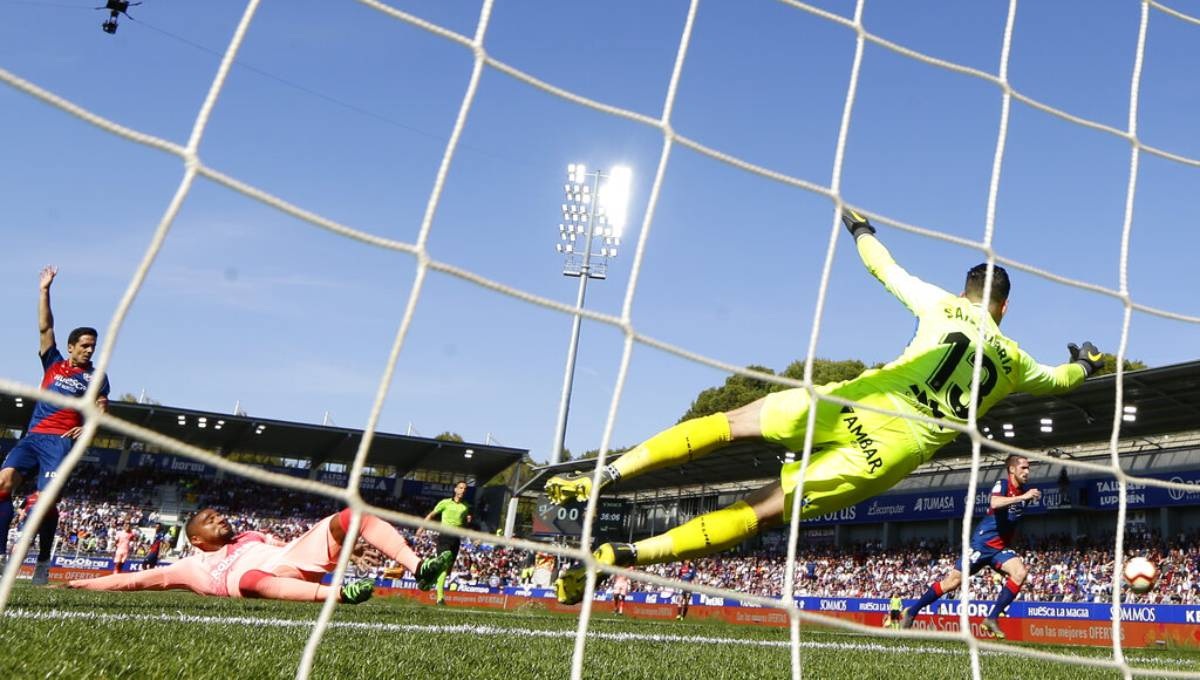 Barcelona, Apr 14 : With Lionel Messi and most of his regular fellow starters resting up for Manchester United, Barcelona coach Ernesto Valverde tried to get a glimpse of the club’s future.

Valverde fielded an almost unrecognizable starting 11 on Saturday in a 0-0 draw at Huesca, the Spanish league’s bottom team.

Valverde left Messi and Sergio Busquets off the squad to rest, while Ivan Rakitic had a fever and Sergi Roberto stayed home to nurse a leg injury. Luis Suarez and Gerard Pique served one-game suspensions for accumulating five bookings.

Senegal right back Moussa Wague, 20, and French centerback Jean-Clair Todibo, 19, made their debuts, while midfielder Riqui Puig, 19, made his first league appearance.

“The players improved as the game went on,” Valverde said. “This wasn’t the normal situation for a player to make his debut, which is usually going into a lineup that is full of regular starters.”

With the league title seemingly locked up with only six rounds left, Valverde put his focus on United’s visit on Tuesday. Barcelona won 1-0 at Old Trafford in the first leg of their Champions League quarterfinal.

“I think all of us who played today, and those who didn’t, were thinking about the game on Tuesday. It is going to be difficult to get a good result against Manchester,” said Arturo Vidal, one of the few regular players to start for Barcelona. “The league is our objective and the Champions (League) would be a dream.”

The only first-choice players to start against Huesca were Vidal, goalkeeper Marc-Andre ter Stegen, and forward Ousmane Dembele, who saw his first action since being sidelined for a month with a left-leg muscle injury.

Puig, who Barcelona hopes can become the next playmaking talent to come out of its training academy, showed his passing skills in the 16th minute when he played Dembele through. But Huesca’s Roberto Santamaria stretched his leg just enough to push Dembele’s shot wide, moments before he palmed Jeison Murillo’s header over his bar.

Barcelona thrashed Huesca 8-2 at Camp Nou in September, when Huesca was playing its third match ever in the top flight.

Barcelona’s Malcom went closest to a goal when he struck the upright in the 57th.

Huesca was left in last place at five points from safety.

Antoine Griezmann scored from a free kick before he set up substitute Alvaro Morata to score on the break and seal Atletico’s win over Celta.

“We want to try to finish the league well and win all the games we have left, for our pride and our fans,” Griezmann said.

Atletico missed its best opportunity to give Barcelona a fight for the title when it lost 2-0 in the last round at Camp Nou.

Munir El Haddadi, Pablo Sarabia and Franco Vazquez scored as Sevilla went 3-1 ahead but a superb strike from a free kick by Cristian Tello with eight minutes remaining kept the result in doubt until the final whistle.

Sevilla is in fourth place, the final Champions League spot.

Alaves’ winless streak reached four matches after losing 2-1 at Espanyol. Alaves, now in seventh place, had been fighting for a top-four finish until its recent slide.