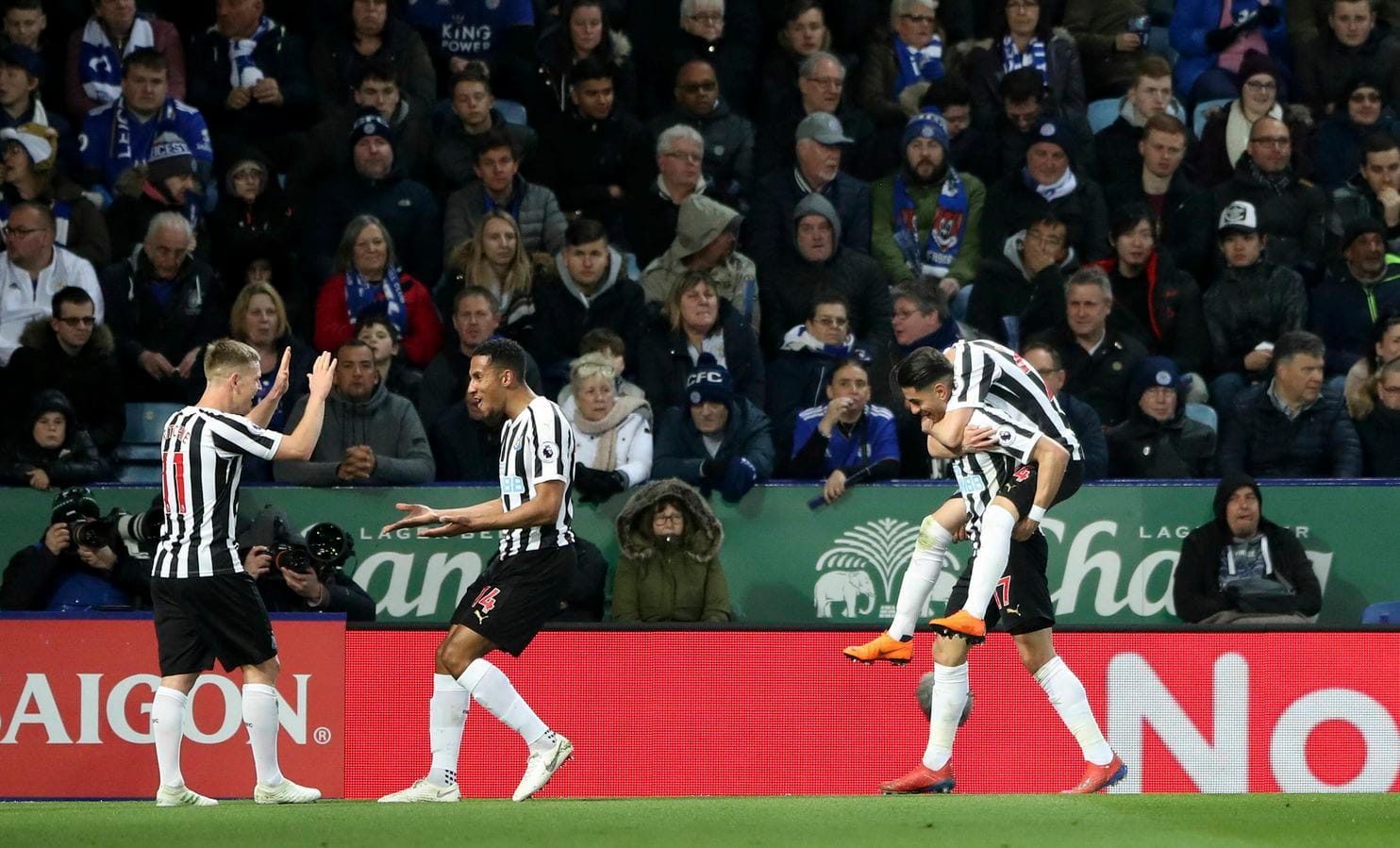 Leicester, Apr 13 : Newcastle took a big step toward Premier League survival by winning 1-0 at Leicester on Friday, with Ayoze Perez scoring the first-half winner for Rafa Benitez’s side.

The Spanish forward flicked in a near-post header from Matt Ritchie’s left-wing cross in the 32nd minute at King Power Stadium.

The victory moved Newcastle up to 13th place and 10 points clear of third-to-last Cardiff, which occupies the final relegation spot. Newcastle has played two more games than Cardiff.

Leicester came into the match on a four-game winning run under recently hired manager Brendan Rodgers and had striker Jamie Vardy in superb form, with six goals in his last five league matches.

Vardy had Leicester’s best chance to equalize, lifting a shot over the bar from close range after being fed a pass by Youri Tielemans with 10 minutes left.