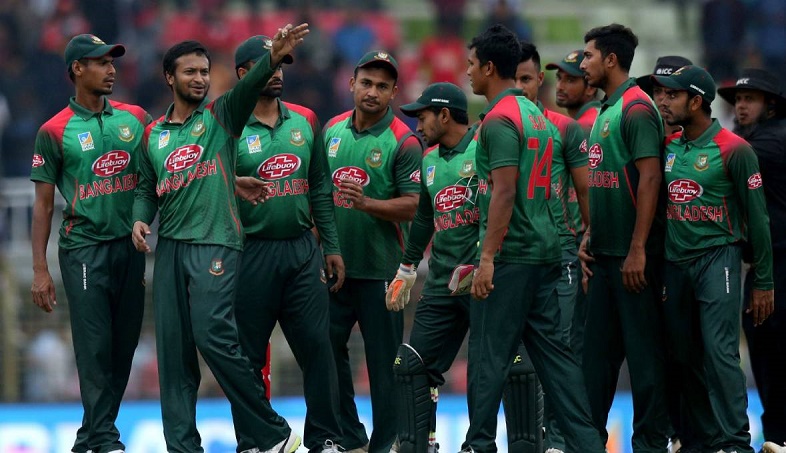 Bangladesh Cricket Board is under immense pressure before the selection of the 15-member squad for the upcoming World Cup due to various injuries to a number of the national cricketers who are strong contenders or even shoo-ins for places in the Tigers’ World Cup squad.

Players like Mahmudullah Riyad, Mushfiqur Rahim, Rubel Hossain, Mohammad Saifuddin and Taskin Ahmed are trying to get rid of the injuries since coming back home from New Zealand. In the meantime, Mehidy Hasan Miraz suffered a blow on his right thumb. Mustafizur Rahman became the latest name added to the list of injured cricketers suffering a blow on his left ankle on Wednesday.

The allrounder was nursing a blow to his shoulder before the tour of New Zealand, but that was manageable enough to continue playing. However, he dived twice to restrict boundaries during the Test series there and subsequently his injury got aggravated. Now, the allrounder is going through a rehabilitation program under BCB. He is expected to return to action during the tri-series in Ireland prior to the World Cup.

The wicketkeeper-batsman has been nursing an injury on his rib for a while now. He missed a number of international matches due to his rib problem. Meanwhile, he also went through a finger injury during the last tour in New Zealand. However, the right-handed batsman’s main problem is now his rib injury. According to the chief physician of BCB, Mushfiqur needs nothing but taking the rest. He is expected to get fit before Ireland tri-series as well.

The right-arm pacer is suffering from a side strain what he sustained during a match in the ongoing season of Dhaka League. The national pacer is playing in the league for the defending champions Abahani Limited. In a recent chat with UNB, the pacer has said: “I am feeling better now. But it will take more time to say the exact duration when I can back to the field. However, I hope to represent Abahani in the Super League stage of the Dhaka League.”

It is believed that Mohammad Saifuddin can be a strong weapon of the Tigers in the World Cup. According to the captain of Bangladesh team, the all-rounder has all the abilities to grab the limelight relying on his right-handed pace bowling and left-handed batting skill. However, the allrounder has been suffering from ‘tennis elbow’ for a while now. Though the 22-year-old allrounder is playing for Abahani in the Dhaka League, in a recent chat with the media, he said that he is confident of regaining his full strength before the tri-series in Ireland which will precede the World Cup.

The pacer got the blow to his ankle during the last game of Sylhet Sixers in the last season of Bangladesh Premier League on February 1. Since then, he went through through a rehabilitation program and recently he started playing in the Dhaka League for Shinepukur Cricket Club. However, he is still far short of full  fitness. He needs to prove his full fitness to be considered for the World Cup squad.

Mehidy Hasan had injured his right thumb during a match for Abahani in the Dhaka League. He went to stop a boundary off Shahriar Nafees, which he did successfully but got a blow to his thumb which forced him to leave the field. In the latest update regarding his injury, BCB physician said Mehidy will be able to return to  action soon.

With Mustafizur’s blow on the ankle, Bangladesh selectors have a fresh concern before selecting the squad of the World Cup. The left-arm pacer got the blow during a warm-up session for his Dhaka League team Shinepukur Cricket Club on Wednesday. He has been ruled out for a period of two weeks. BCB chief physician said there were no fractures on the X-ray report of the injured ankle of Mustafizur. However, he said the pacer needs to take rest for two weeks which is stated as the ‘precautionary measures’ by the physician.