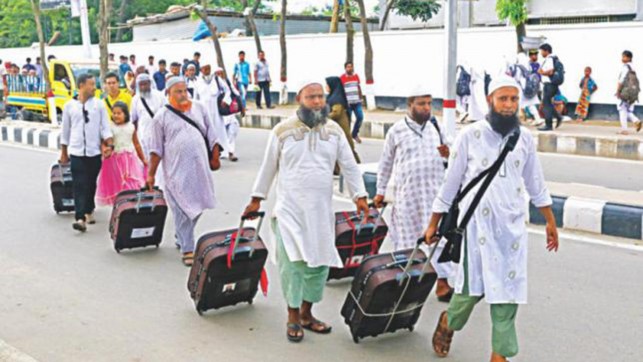 The minister made disclosure it at a press briefing at the ministry’s conference room.

“Bangladeshi pilgrims will be able to enter Saudi Arabia through a jet-bridge after landing at the airport without any formality,” he said.

It was previously assumed that the process would be difficult for officials to maintain as it is a big responsibility, Abdullah said adding, “But we’ve taken all the necessary initiatives to complete the process properly.”

The minister said, “We’re ready to accept the opportunity as it’ll ease the whole immigration process of hajj pilgrims.”

Earlier, pilgrims required to wait in the aircraft after landing in Saudi Arabia to complete the immigration procedure — sometimes waiting for up to six hours.

As part of the ‘Makkah Route Initiative Framework’, a technical delegation from Saudi Arabia came to Bangladesh on March 21 to oversee the pre-arrival immigration system here, he said.

Bangladeshi pilgrims will also have to complete a 10-finger biometric registration in line with Saudi immigration rules, he added.