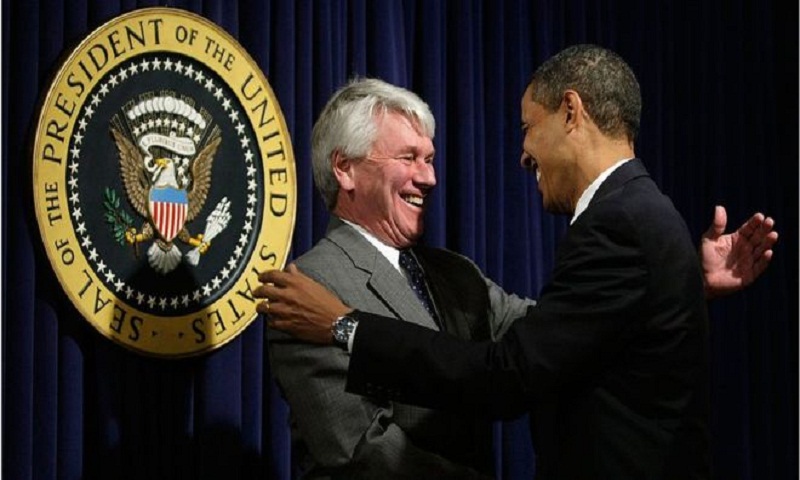 A former Obama White House counsel has been charged by a grand jury with lying to officials and concealing information about his lobbying efforts in Ukraine.
The case against Gregory Craig, 74, arose from Special Counsel Robert Mueller’s inquiry into alleged Russian meddling in the 2016 election.His lobbying was allegedly linked to ex-Trump campaign chair Paul Manafort’s political efforts in Ukraine.

Lawyers for Mr Craig denied the charges before they were filed.

The charges against Mr Craig claim he lied to federal prosecutors in the Department of Justice about his foreign lobbying efforts and concealed information about his private work in Ukraine for the Russian-backed government.

Under US law, all lobbyists for foreign governments must register with the department.

Mr Craig’s work in the Ukraine happened after his year-long tenure with the Obama administration, while he was a senior partner at the Skadden, Arps, Slate, Meagher & Flom law firm.His 2012 project in Ukraine was allegedly a part of Manafort’s illegal lobbying efforts.