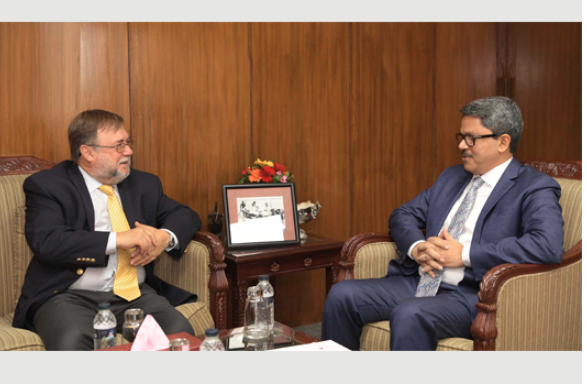 Former football World Champion Argentina team is expected to visit Bangladesh in 2021 to play a match marking the centennial Birth Anniversary of Father of the Nation Bangabandhu Sheikh Mujibur Rahman.

Argentine Ambassador, whose country is the current President of this trade bloc, promised full cooperation in this regards.

Bangladesh has already submitted “Letter of Intent” to that effect to secure greater access for Bangladeshi products to a huge market of 300 million consumers across Argentina, Brazil, Paraguay and Uruguay.

The Bangladesh State Minister also sought Argentina’s support for Bangladesh’s candidature for the post of Deputy Director General of IOM.

The Argentine Ambassador emphasized the need to promote the overall bilateral trade between the two countries.The envoy proposed to hold a regional workshop or seminar on agriculture and agro-business in Dhaka sometime soon to promote better cooperation in terms of ensuring food security.

The Argentine Ambassador presented his credentials to President M Abdul Hamid on Wednesday at Bangabhaban.