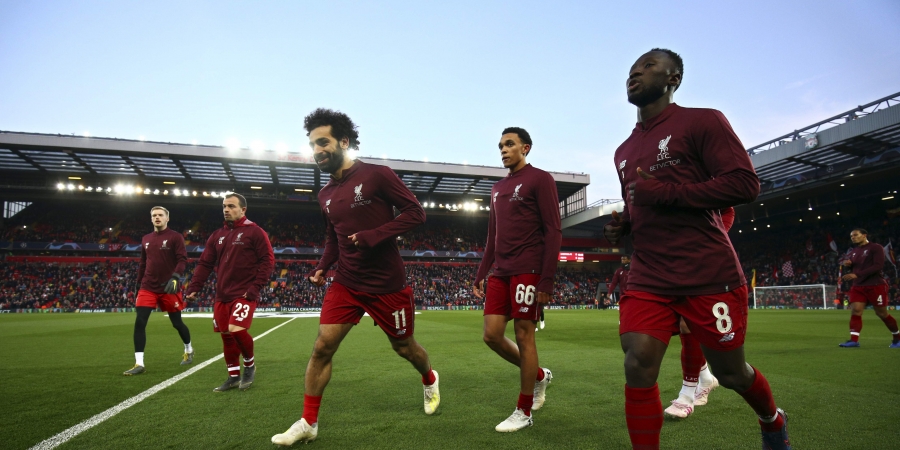 Manchester City and Liverpool resume their epic battle for the Premier League title on Sunday after a midweek of contrasting Champions League fortunes, with both sides facing perilous fixtures.
City travel to Crystal Palace trailing Jurgen Klopp’s men by two points, but still with the title in their hands thanks to a game in hand.

However, the visit to Selhurst Park kicks off a tough run of fixtures in which Pep Guardiola’s men host Tottenham twice, play Manchester United at Old Trafford and face a tricky trip to Burnley.The 1-0 defeat at Spurs in Tuesday’s first leg of their Champions League quarter-final snapped a 14-game winning streak and means Guardiola has huge calls to make with his team selection this weekend.

If he has one eye on Wednesday’s second leg on home soil, Palace could hurt City and hand Liverpool a title boost.

Victory for City to go back on top would flip the pressure onto Liverpool’s shoulders just minutes before they kick off against Chelsea at Anfield.

The Londoners’ visit evokes memories of the last time Liverpool, who took a big step towards the Champions League semi-finals by beating Porto 2-0 at home in midweek, went close to ending their long wait for a league title.

Then under Brendan Rodgers, the Reds were three games away from glory in 2014 until captain Steven Gerrard’s now infamous slip allowed Demba Ba to score the opening goal in a gutting 2-0 Chelsea victory.

Chelsea are the only visiting side to have won at Anfield this season thanks to a wonderful Eden Hazard solo goal that sealed a 2-1 victory in the League Cup back in September.

Ominously for Liverpool, the Belgian was back to his best on Monday, scoring both goals — including another incredible individual effort — in a 2-0 win over West Ham that lifted Chelsea into third.

Chelsea are likely to be back down in fourth spot by the time they kick off, as Tottenham host already relegated Huddersfield on Saturday.

Mauricio Pochettino’s men have to be wary of a Champions League hangover and need to prepare for another period without striker Harry Kane as they aim to qualify for next season’s edition of Europe’s top competition.

The England captain is expected to miss the rest of the season after injuring the same left ankle that forced him to miss seven matches earlier this year in the win over City on Tuesday.

Son Heung-min helped fill the void left by Kane back then and scored the winner against City in midweek.

Four of Tottenham’s remaining six games are at their new stadium, but much will depend on the South Korean as the club attempt to ensure Champions League football next season.

Manchester United are just as desperate to be in the top four but defeats to Arsenal and Wolves during a run of four losses in five games in all competitions have seen Ole Gunnar Solskjaer’s men slip back down to sixth.

They have also been knocked out of the FA Cup and are on the brink of Champions League elimination after losing 1-0 to Barcelona at Old Trafford on Wednesday.

A reaction at home to mid-table West Ham on Saturday is an absolute must if they are to remain in contention for the top four, with a tough run of Everton, City and Chelsea to come in their following three Premier League games.

Cardiff on the brink

Cardiff’s trip to Burnley could have huge implications at both ends of the table.

The Welsh side seem set to join Fulham and Huddersfield in the Championship next season as they are five points adrift of safety and have Liverpool and United to come in their remaining six games.

A third straight victory for Burnley would realistically seal their survival and give Southampton, Brighton and Newcastle extra breathing space.

That could also ease the run-ins for City and Liverpool, with the champions still to travel to Burnley and Brighton, while Liverpool visit Newcastle in the penultimate game of the season.