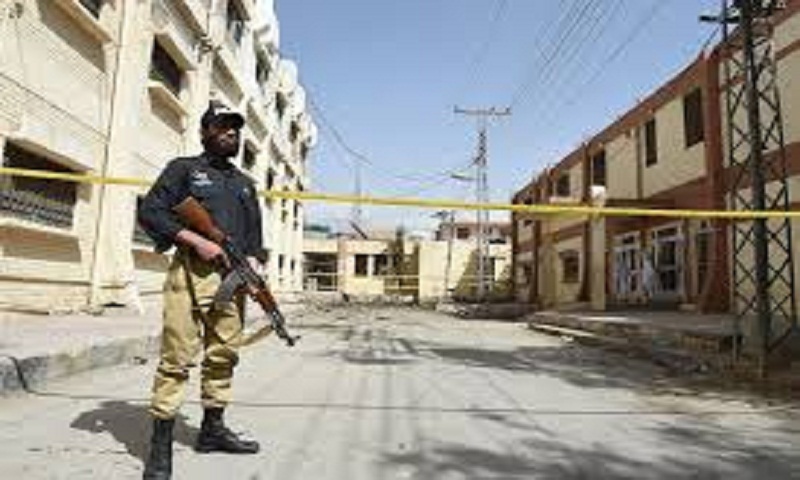 A powerful bomb went off at an open-air market in the southwestern city of Quetta on Friday, killing at least 16 people and wounding several others, police and hospital officials said.
The bombing took place near a residential area where minority Shiite Muslims live, according to senior police chief Abdur Razzaq Cheema.He said authorities transported the dead and wounded to hospitals, where some of the victims were listed in critical condition.

“Emergency has been declared at hospitals and it seems people from the Hazara community were the target,” he said.

He said at least eight Shiites were among the dead. One paramilitary soldier and seven other people were also killed in the bombing, he said. TV footage showed several damaged shops and at least one vehicle of paramilitary security forces.

No group has immediately claimed responsibility for the attack but outlawed Sunni extremist groups have claimed similar attacks in the past. Sunni extremists view Shiites as apostates deserving of death.

Quetta is the capital of Baluchistan, which also is the scene of a low-level insurgency by separatists demanding more autonomy and a greater share in the region’s natural resources such as gas and oil.