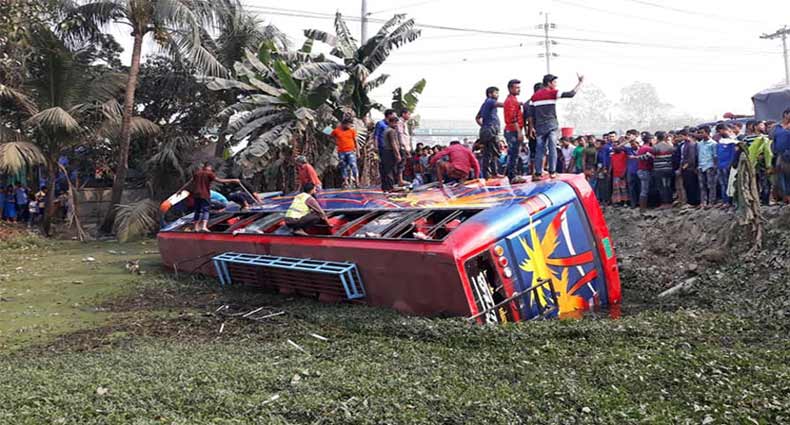 Joypurhat, Apr 12 : At least eight people, including three children, were killed and over 30 others injured as a bus plunged into a ditch on Bogura-Jashore road at Baniapara in Sadar upazila on Friday.

The deceased could not be identified immediately.

Sadar thana officer-in-charge Mominul Islam said the Joupurhat-bound bus from Bogura fell into a roadside ditch as its driver lost control over the steering around 1:30 pm, leaving eight people dead on the spot.

A team of fire service recovered the bodies and rescued the injured people.

Among the injured, 24 people were rushed to Adhunik District Hospital.