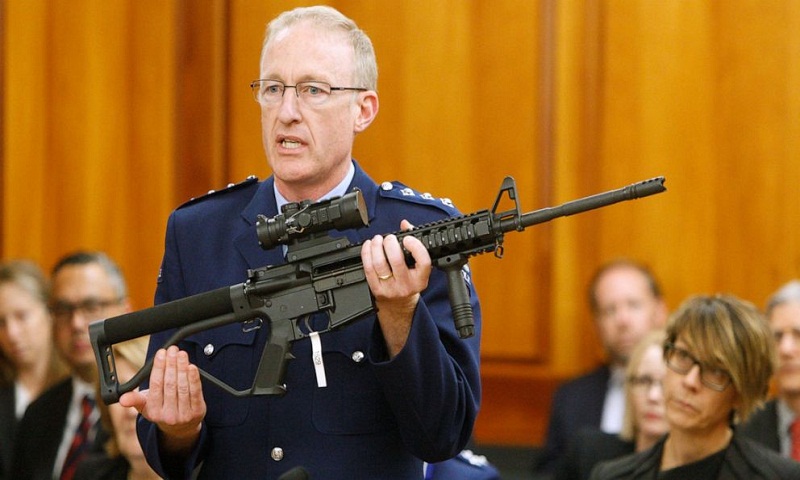 New Zealand’s governor general on Thursday formally signed into effect sweeping gun laws outlawing military style weapons, less than a month after a man used such guns to kill 50 people and wound dozens at two mosques in Christchurch.
Governor General Patsy Reddy signed the bill as police said a gun buyback program will be announced to collect the now-banned weapons. The weapons will be illegal starting at midnight, but police said a brief amnesty program will be in effect until details of the buyback are announced.”For people who find themselves now in possession of a prohibited firearm, we ask you to please notify us,” Police Deputy Commissioner Michael Clement said. “The collection of firearms will occur at a later stage. “He added that “for now, there is an amnesty in place and we ask people to please notify us,” he added.

Anyone who retains such a weapon now faces a penalty of up to five years in prison. Exemptions allow heirloom weapons held by collectors or weapons used for professional pest control.

The House of Representatives on Wednesday passed by a final vote of 119 to 1 legislation banning the weapons after an accelerated process of debate and public submission.