Youth force is agent of change in our climate action: Bangladesh 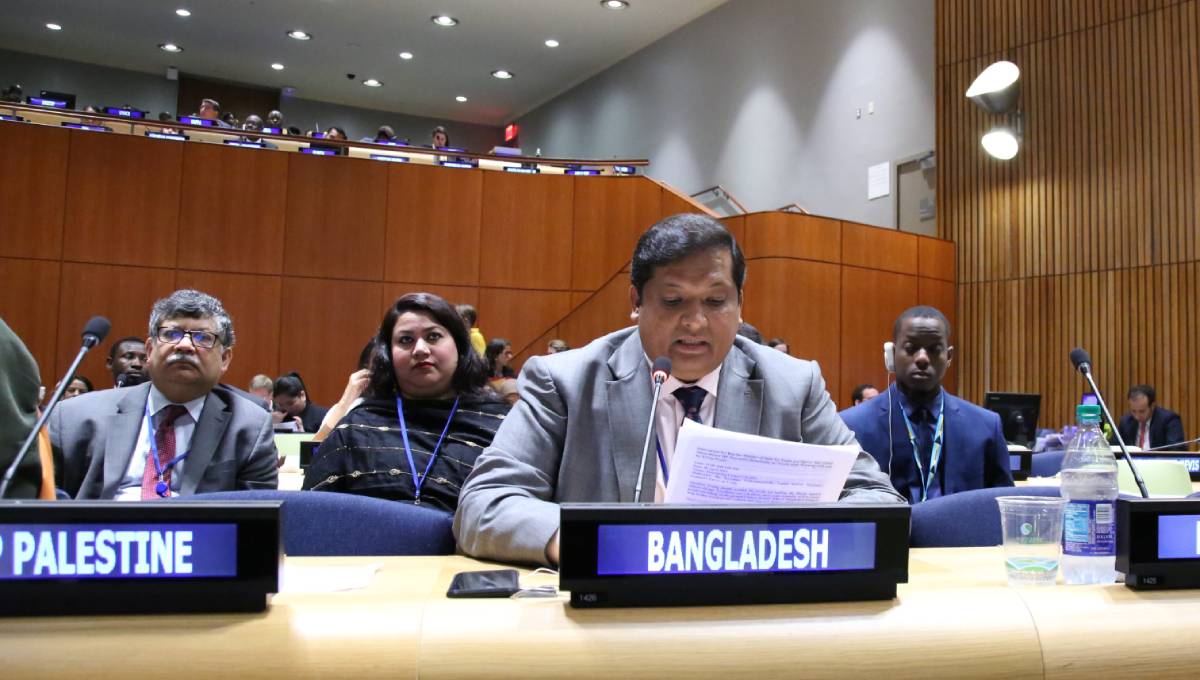 “By strengthening resilience and adaptive capacity to climate-related hazards and natural disasters, we’ve tried to turn the energy, passion and inherent adaptability and mental strength of youth into a vital enabler to utilise them as an opportunity as well as agents of change in our climate action,” he said at an Interactive Roundtable on ‘Youth 2030: Working with and for Young People’.

He said Bangladesh is expected to reap the demographic dividend over the next couple of decades as one third of its population is youth.

“Youth are at the forefront of various efforts for implementation of various SDGs including SDGs goal 13: Climate Action,” Russel said, according to a press release of Bangladesh Permanent Mission to the UN.

The event was moderated by Jayathma Wickramanayake, UN Secretary–General’s Envoy on Youth.

“As a proponent of climate action, Bangladesh has been included in one of the coalitions of UNSG’s Climate Action Summit 2019,” Russel added.

The State Minister highlighted the country’s efforts to tackle challenges of climate change, noting that the government has long been implementing homegrown adaptation and mitigation strategies with particular focus on women and youth.

He said the youth, especially the volunteers, have been instrumental in Bangladesh’s efforts on Disaster Risk Reduction in early warning of cyclone and emergency evacuation. “It has effectively reduced deaths and injuries from natural disasters,” he said.

The State Minister focused the leading role of youth in taking charge on-the-ground climate action and their roles on social media against climate change.

“Youth-based clubs, alliances, and organisations are also working on climate issues at the ground level. They are organising symposiums, rallies, and conferences to raise awareness on issues of reducing GHG emissions, green technologies and encouraging use of renewable energy like solar power use,” he said.

Russel is leading the Bangladesh delegation at 2019 ECOSOC Youth Forum of the UN.

Rohingya repatriation: Bangladesh urges US, its friends to put pressure on Myanmar