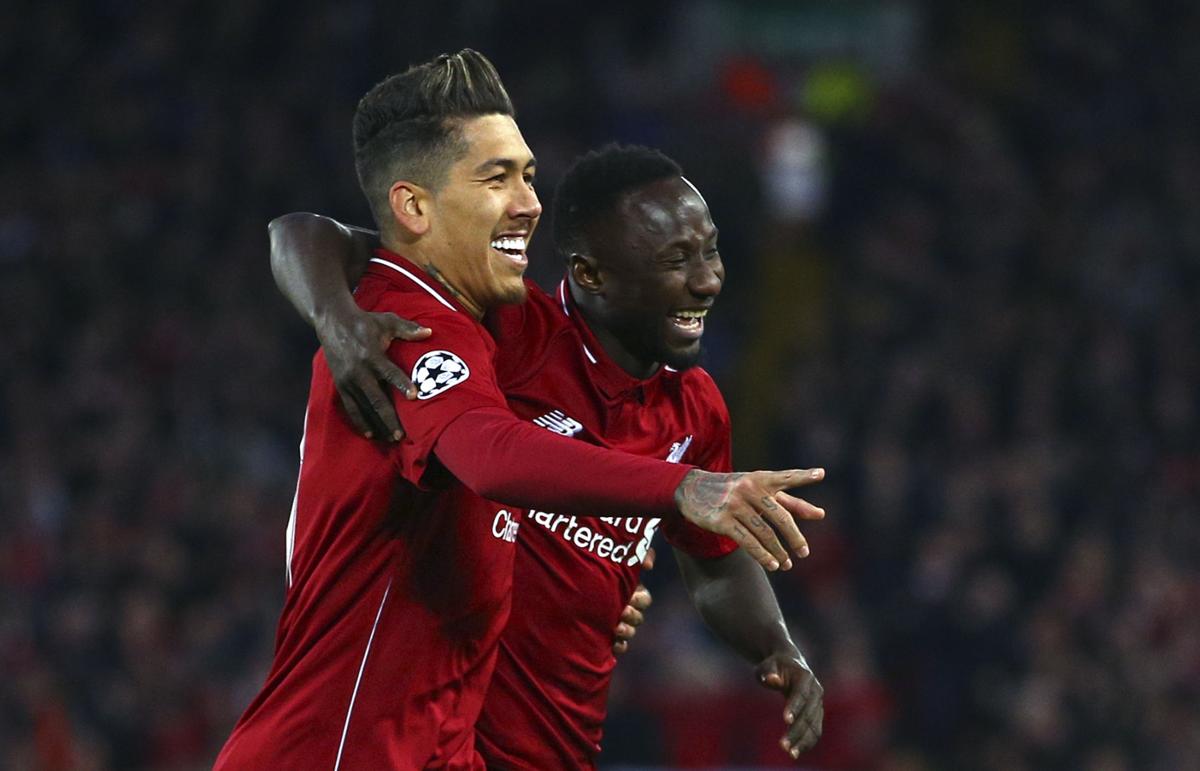 Liverpool, Apr 10 : Different round, same comfortable win. Porto must be sick of the sight of Liverpool in the Champions League.

Liverpool built a 2-0 lead over Porto heading into the second leg of the quarterfinals thanks to first-half goals by Naby Keita and Roberto Firmino at Anfield on Tuesday.

A year after beating Porto 5-0 on aggregate in the last 16, Liverpool found similar joy against the visitors from Portugal who were widely regarded as the biggest outsider left in the competition — despite Juergen Klopp’s protestations to the contrary in the build-up.

Keita’s strike from just inside the area deflected into the top corner off Porto midfielder Oliver Torres to give Liverpool the lead in the fifth minute. After failing to score in his first 27 games for Liverpool since his offseason move from Leipzig, the midfielder has now netted in back-to-back matches.

The English side had more chances to score — Mohamed Salah wasted the best of them after pouncing on an errant back-pass but pushing his shot wide — before right back Trent Alexander-Arnold was played through by Jordan Henderson and crossed for Firmino to tap into an empty net from close range in the 26th.

Porto occasionally threatened to score a crucial away goal, with striker Moussa Marega twice denied by goalkeeper Alisson Becker in the first half, but Liverpool looks in good shape to reach the semifinals for a second straight year.

Last season, Juergen Klopp’s team got to the final before losing to Real Madrid.

“Positive, good, we won 2-0 … we controlled the game, had direction of the game,” said Klopp, whose only criticism of his players was for the number of free kicks they gave away in dangerous areas. “We knew we had to play the second game and we cannot decide the tie tonight.”

Salah might count himself fortunate to still be available for the second leg in Porto on April 17 after escaping punishment for hanging out his left boot and making a studs-first challenge on the shin of Danilo in the final minutes.

Liverpool will also be boosted by the return of left back Andrew Robertson, who missed the first leg because of suspension.

Whichever team advances will next face either Manchester United or Barcelona, who start their quarterfinal matchup on Wednesday with the first leg at Old Trafford.

With a newfound defensive strength this season mainly thanks to the signings of Alisson and Virgil van Dijk, Liverpool is in with a good chance of winning the Premier League, too, and being English champion for the first time since 1990. It is in first place, two points ahead of Manchester City with a month left of the season.

City is also through to the quarterfinals of the Champions League, but must recover from a 1-0 loss to Tottenham in the first leg Tuesday.