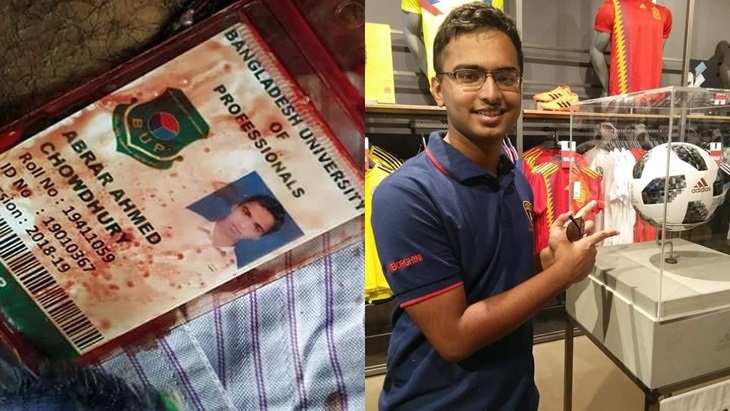 The Appellate Division of Supreme Court (SC) on Tuesday upheld a High Court order that directed Suprobhat Paribahan to pay Tk 10 lakh to the family of Abrar Ahmed Chowdhury who was killed in a road crash on March 18.

Following a writ petition, the High Court on March 20 directed Suprobhat Paribahan to give Tk 10 lakh in seven days to the family of Abrar.

The Bangladesh University of Professional’s (BUP) student Abrar was run over by a bus of the transport group Suprobhat Paribahan near Jamuna Future Park in the capital. The incident sparked a massive protest reinforcing the demand of safe roads.

The court also issued a rule asking the authorities concerned of the government and Suprobhat Paribahan to explain why they should not be directed to compensate Tk 5 crore to the family of Abrar for his death in the road accident.