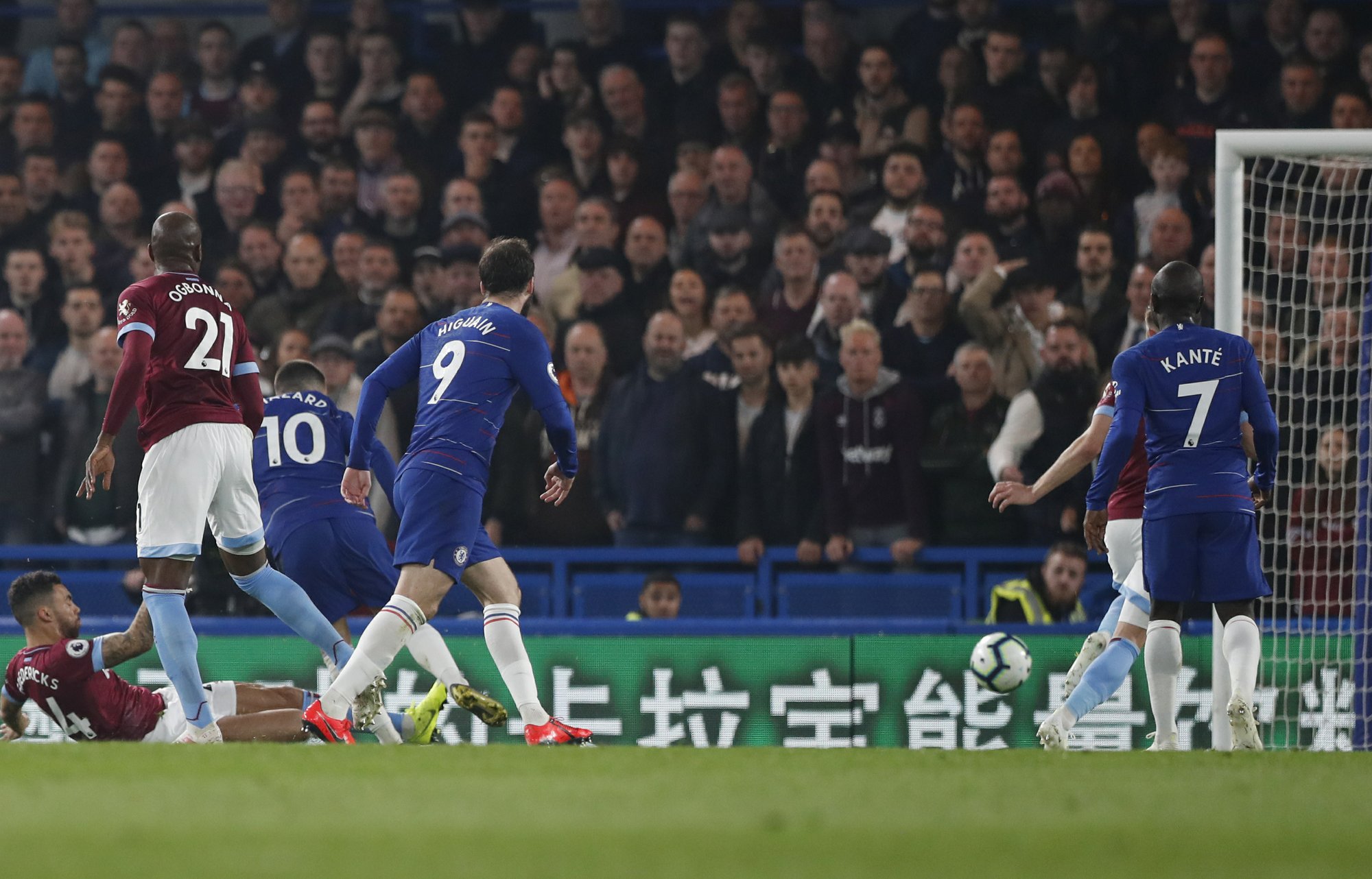 “Eden Hazard,” they chanted at Stamford Bridge, “he’s off to Madrid.”

For now Hazard’s feet are very much in west London. But maybe not for much longer, given even Chelsea manager Maurizio Sarri accepts his brightest talent might be heading out of England.

The mesmerizing move before Hazard’s 24th minute-goal was far from a flash of brilliance against West Ham. Hazard produced a fine individual display, capped by scoring again in the 90th minute to complete a 2-0 victory that lifted Chelsea to third in the Premier League.

With 19 goals in all competitions this season, Hazard has matched his previous-best Chelsea tally in 2014-15 and there is still more than a month remaining. Then, with only a season left on his contract, Chelsea could find it hard to keep hold of its biggest asset.

Inevitably, Hazard pushed back on the taunts of the West Ham fans about an imminent move to Spain but gave no long-term commitment.

“They are wrong,” Hazard said. “Now I am just focused with Chelsea until the end of the season… We have still a lot to do and then we will see.”

Sarri was more open about the difficulty retaining the 28-year-old Belgian.

“If Eden wants to make another experience it is very difficult to keep him,” Sarri said. “We will try any way to convince him but it is not easy.”

When asked if Hazard could be worth 100 million pounds ($130 million), Sarri dismissed that as “too cheap.”

The latest performance might just have raised the fee.

It was Ruben Loftus-Cheek who teed up Hazard to jink through the defense, starting from close to the center circle.

Hazard initially burst between Declan Rice and Mark Noble, then went past Fabian Balbuena and Angelo Ogbonna on the edge of the penalty area before resisting a challenge from Ryan Fredericks to put the ball into the net

“It was just something special,” Hazard said. “I took the ball and when I can go forward I try to go forward and then when I’m in the box it’s hard for the defender to challenge me because if they touch me, it’s maybe a penalty.

“I think I was a bit lucky at the end when I shot, but it was a good goal to be fair.”

His contribution was across the field. After scoring, one defense-splitting, diagonal pass from Hazard reached Callum Hudson-Odoi but the resulting shot was blocked by goalkeeper Lukas Fabianski.

When Hazard twisted through the defense early in the second half, the end product was lacking with a shot missing the target.

By as the game was preparing to enter stoppage time — with Chelsea’s lead vulnerable — Hazard was left unmarked on the right to bring down Ross Barkley’s pass before striking into the net.

There might not be many more goals from Hazard at Stamford Bridge, with a career move to decide on.

“We all have to respect his decision,” Sarri said. “He told me he has to decide.”