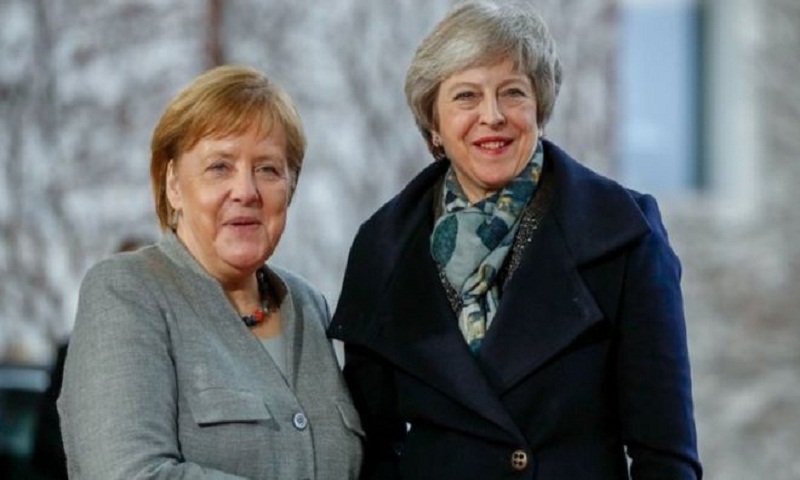 Theresa May is to hold last-minute Brexit talks with the leaders of Germany and France later, four days before the UK is due to leave the EU.
Mrs May is meeting Angela Merkel in Berlin, followed by Emmanuel Macron in Paris, to urge them to back her request to delay Brexit again until 30 June.The prime minister will be at an emergency summit on Wednesday when all 28 EU states will vote on an extension.

Cross-party talks aimed at breaking the impasse are also set to continue.

So far, MPs have rejected the withdrawal agreement Theresa May reached with other European leaders last year.

On Monday evening, Parliament passed a bill brought by Labour MP Yvette Cooper, which aims to force the prime minister to request a Brexit extension – rather than leave the EU without a deal on Friday, which is the default position.

The bill received its Royal Assent from the Queen on Monday night, and Commons Leader Andrea Leadsom told MPs that this meant there will be a government motion on Tuesday asking the House to approve the PM’s request to the EU to delay Brexit until 30 June.