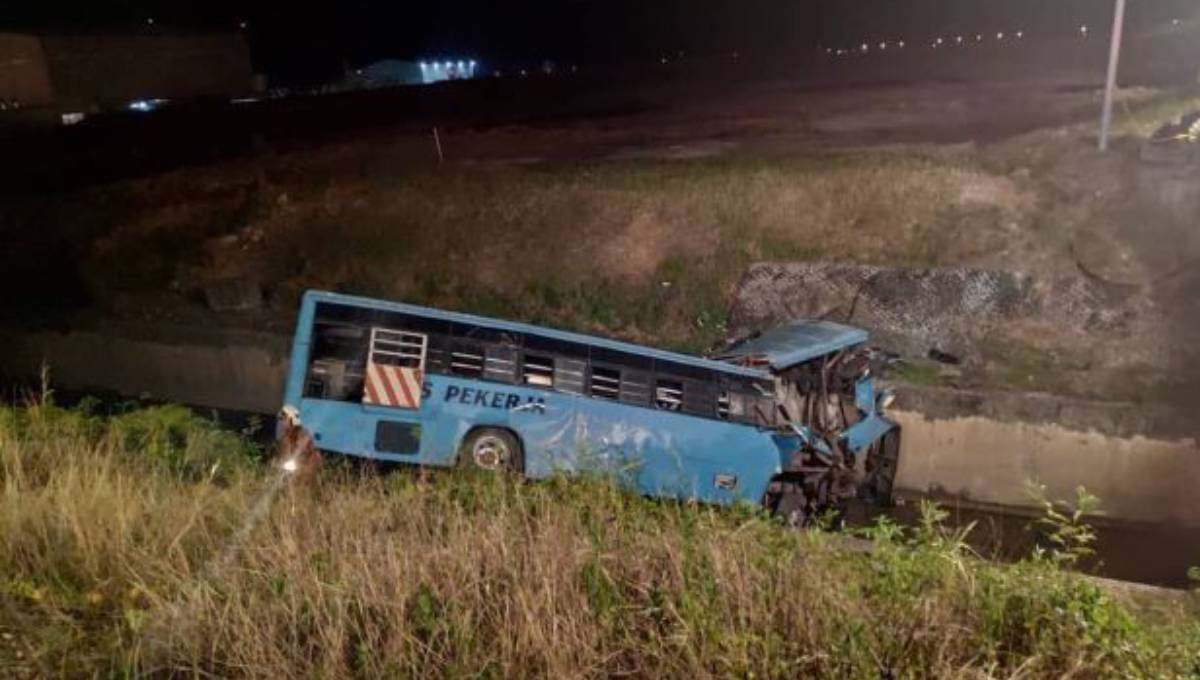 A picture of the bus in the drain taken from the Info Kemalangan Jalan Raya. Photo: Collected

Eight foreigners and a local bus driver were killed on the spot while another foreigner died while receiving treatment at Serdang Hospital following the 11.10pm incident, reports The Star Online of Malaysia.

KLIA OCPD Asst Comm Zulkifli Adamshah said that the bus carrying 43 passengers including MAS Kargo contract workers, coming from Nilai, Negri Sembilan, and heading to the passengers’ place of work, plunged into the drain as the driver lost control of the vehicle.

The remaining passengers were sent to several hospitals, including Kajang, Serdang and Putrajaya hospitals for treatment.

The cause of the accident is still being investigated.

Fire and Rescue Department personnel took about an hour to reach the victims as they had to cut through several parts of the bus.

Ershad donates his all assets to a trust