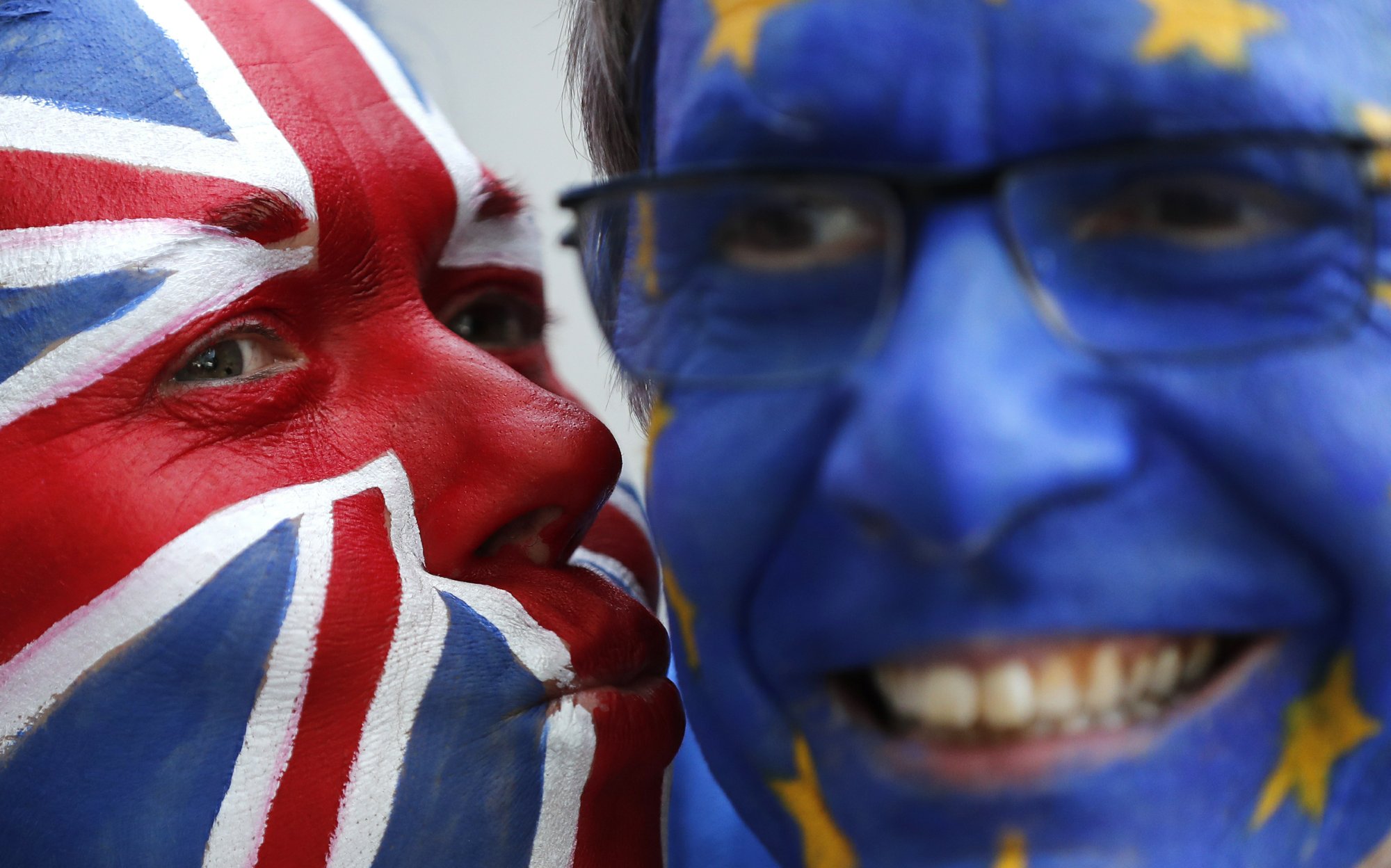 Photo: Activists pose with their faces painted in the EU and Union Flag colors during an anti-Brexit campaign stunt outside EU headquarters during an EU summit in Brussels.

London, Apr 7 : A senior German diplomat has criticized a British lawmaker for suggesting the U.K. should try to be “as difficult as possible” if the country can’t leave the European Union for a long time.

Michael Roth, Germany’s minister for European affairs, said the idea tweeted by Brexit hardliner Jacob Rees-Mogg was “out of order.”

In an interview with the weekly Frankfurter Allgemeine Sonntagszeitung published Sunday, Roth called on Rees-Mogg and other Conservative Party members in Parliament to embrace a “constructive approach” to Brexit.

British Prime Minister Theresa May is asking the remaining EU leaders to postpone Friday’s Brexit deadline until June 30. Roth says the delay is only possible if May gets Parliament to approve her existing divorce deal with Brussels by then.

Roth, who is helping to coordinate the response the EU plans to give to May’s request at a Wednesday summit, dismissed reports the remaining 27 member countries are divided on further extending the Brexit deadline.

The U.K. originally was scheduled to withdraw from the EU on March 29. The other countries agreed to conditionally push back the date to April 12.

May acknowledged Saturday that, despite her best efforts to persuade lawmakers to back her European Union divorce deal, “there is no sign it can be passed in the near future.” She said there was no choice but to reach out to the opposition Labour Party. Otherwise, she says, Brexit could “slip through our fingers” unless a compromise alternative can be reached with Labour lawmakers.

But leading Conservative Brexiteer Jacob Rees-Mogg on Sunday slammed May’s move to include Labour in the Brexit talks, and blamed her for failing to take Britain out of the EU already.

Three days of cross-party talks so far have ended with no agreement.