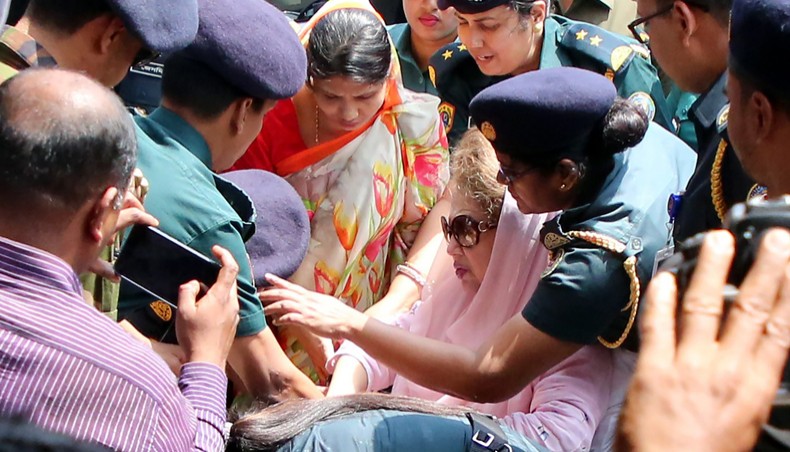 The Appellate Division of Supreme Court on Sunday upheld a High Court order that granted a six-month interim bail to BNP Chairperson Khaleda Zia in a murder case filed over the death of eight people in an arson attack in Cumilla in 2015.

A four-member bench of the Supreme Court headed by Chief Justice Syed Mahmud Hossain passed the order rejecting a petition filed by the state seeking a stay on the High Court order.

Earlier on March 6, the High Court granted bail to Khaleda after hearing a petition filed by her lawyers.

Later, the government filed a petition challenging the HC order.

Khaleda’s lawyer moved to the HC on February 27 after a subordinate court in Cumilla rejected her bail plea on February 4.

Eight people were killed and 20 others injured when a petrol bomb was hurled at a bus at Jogmohanpur in Chouddagram during the BNP-led alliance’s movement on February 3, 2015.