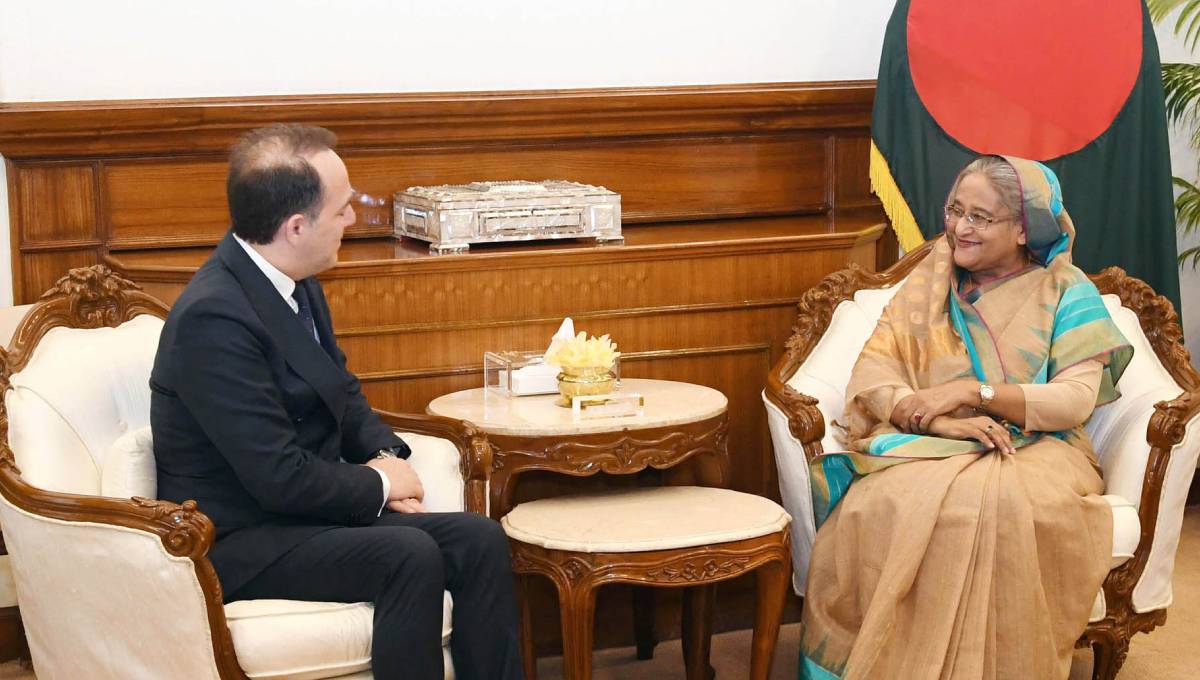 “We need your cooperation in leather sector. Italian leather goods are good, Italians are very much careful about their leather goods,” she said when the newly appointed Italian Ambassador to Bangladesh Enrico Nunziata called on her at her office.

He said that the Prime Minister put emphasis on increasing the trade relations with Italy.

She welcomed the newly appointed ambassador and assured government’s all out cooperation in discharging his duties.

Italian Ambassador to Bangladesh Enrico Nunziata said that he has chosen Bangladesh for his work and he will work for promoting further the bilateral relations as well enhancing economic cooperation.

“Bangladesh has huge potential, we have to increase our trade relations,” he said.

He put emphasis on increasing the relations between the chambers of commerce of the two countries. “We have to explore areas of cooperation,” he added.

He also mentioned that Italy has formed a parliamentary group to promote relations and cooperation with Bangladesh.

Enrico Nunziata expressed his country’s interest to set up training centres in Bangladesh for textile and other technologies.

Paying rich tributes to Father of the Nation Bangabandhu Sheikh Mujibur Rahman, the Italian ambassador said that he is the source of inspiration for many countries in the world.

Principal Secretary M Nojibur Rahman was present during the meeting.