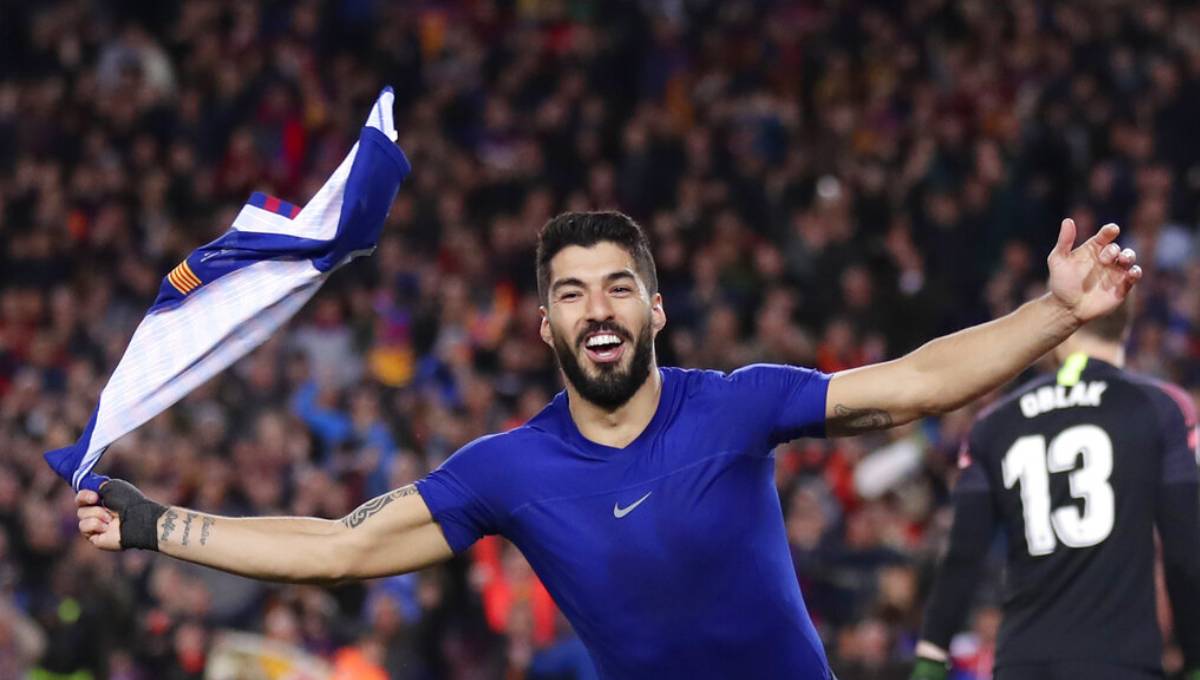 Spain, Apr 7 : Barcelona increased its lead of the Spanish league to a commanding 11 points after Lionel Messi and Luis Suarez scored late goals in a 2-0 win over 10-man Atletico Madrid on Saturday.

“We know that that we have taken not one, but two steps (toward the title),” Suarez said.

Second-placed Atletico played one man down for more than an hour after Diego Costa earned a direct red card in the 28th minute, when the referee said the Spain striker insulted him with expletives for not calling an alleged foul.

Suarez finally beat goalkeeper Jan Oblak with a curling shot from outside the area that went in off the post in the 85th minute. Messi added a second goal a minute later.

Messi and Suarez have fueled Barcelona’s quest to defend its league title all season long. Messi leads the competition with 33 goals, followed by Suarez with 20. Both also scored late goals on Tuesday to salvage a 4-4 draw at Villarreal.

Barcelona, which has also reached the final of the Copa del Rey, increased its chances of a domestic double with seven rounds remaining. Atletico needed a win to realistically keep alive its title chances in the league and salvage a disappointing season.

Manchester United manager Ole Gunnar Solskjaer watched the match in person, before the Spanish club visits Old Trafford on Wednesday for the first leg of their Champions League quarterfinal.

Other than a shot by Jordi Alba that hit the post and a superb save from Oblak to deny Philippe Coutinho, the first half was all about Costa’s temper.

Costa vehemently protested after being tackled by Alba, and charged toward referee Gil Manzano who didn’t hesitate to show a red card.

Atletico coach Diego Simeone complained that other players weren’t also penalized for using similar language on the field but said he understood the referee’s decision on Costa.

“If the referee interpreted that there was an insult, then he was correct in sending him off,” Simeone said.

To make it even tougher for Atletico, center backs Diego Godin and Jose Gimenez and midfielder Thomas Partey all ended the first half saddled with yellow cards.

Barcelona, however, had a difficult time in making good on its extra man.

And Oblak kept Atletico in the match as long as he could, even as Messi started to find holes in Atletico’s undermanned side.

“We improved in the second half. We were threatening their area but their goalie Oblak was incredible,” Barcelona coach Ernesto Valverede said. “Even on the shot by Luis, it looked like he was going to reach it. He got better as the match went on, but at the end we were finally able to score.”

Suarez stunned Oblak with his long-range strike, and Messi capped the win on the break with a demoralized Atletico trying to answer Suarez’s goal.