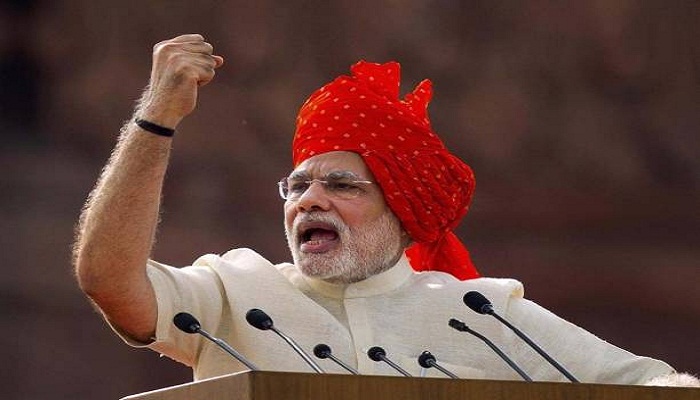 PM Narendra Modi, addressing a rally at West Bengal’s Cooch Behar on Sunday, said Mamata Banerjee backs anti-nationals and that she has betrayed the trust of the people of the state.

“Didi is scared and frustrated. She backs anti-national. You trusted her too much but she betrayed your trust,” PM Narendra Modi told the crowd in West Bengal’s Cooch Behar.

PM Narendra Modi said he is being “abused in political circles”. He went on to say that the way Mamata Banerjee is holding election rallies and campaigns for the 2019 Lok Sabha polls, it is quite “obvious” that she is scared.

“I am being abused in the political circles. The way Mamata Banerjee is campaigning for the elections, it is also quite obvious that she is very scared,” PM Narendra Modi said.

PM Narendra Modi said Mamata Banerjee “insulted” the country when she supported the ones who raised slogans such as ‘Bharat ke tukde tukde’.

“The promise of ‘Ma Maati Maanush’ is on one hand and the truth of TMC on the other hand. For vote bank politics, didi forgot ‘Ma’ and sided with those who raise slogans of ‘Bharat ke tukde tukde’. This is an insult to ‘Ma’. Didi has to be exposed to the world,” PM Narendra Modi said.

PM Narendra Modi said the BJP government at the Centre introduced the Citizenship Bill and made commendable effort to provide protection to the people.

“Your Chowkidar brought the Citizenship Amendment bill. Our effort was to provide protection to the children of Mother India, who have faith in the country,” PM Narendra Modi said at the elction rally.