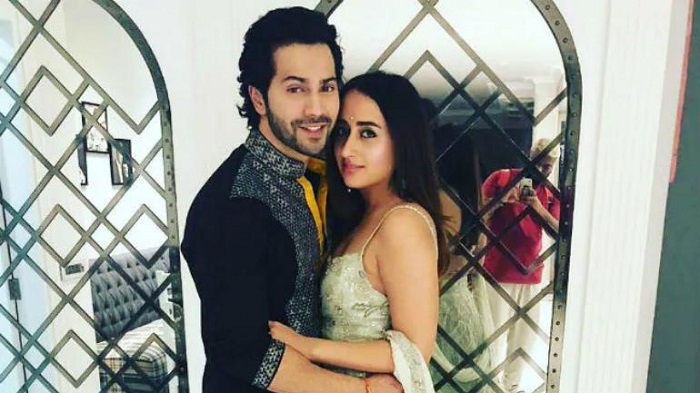 A female fan of Varun Dhawan threatened to kill his girlfriend Natasha Dalal outside his residence. The fan was waiting to meet Varun outside his house for a long time.

When the security guards informed the fan that the actor won’t be able to meet her as he is busy with his upcoming film Kalank’s promotions, she started creating ruckus outside the actor’s house.

According to reports, the fan got aggressive and kept saying, “I will kill Natasha.” The matter got worse and the security guards had no option but to call the cops.

Source from Varun’s security team informed a news website, “There was a female fan, who was doing the rounds of his house for a long time. We are used to such things and on most occasions, the fans are sweet and never cross their limits. Varun sir usually obliges their selfie requests, if he is available. But, he is currently pressed for time and is juggling too many things. She was waiting for a couple of hours. Sir came late and she was insisting that she meet him then and there. He was pretty tired from the day’s work and wanted to rest. She refused to leave and got into a squabble. Initially, she said she will hurt herself. When the security still didn’t get her through to Varun sir, she threw a fit. She kept mumbling how she will harm Natasha ma’am.”

“It was alarming for us because usually, fans don’t get so aggressive. We informed Varun sir, who panicked. She kept saying, ‘I will kill Natasha.’ After the woman refused to leave even after 45 minutes, we had to call the local police station,” the source added.

A complaint has been filed at Mumbai’s Santa Cruz police station. FIR will be lodged only after Varun record’s his statement.