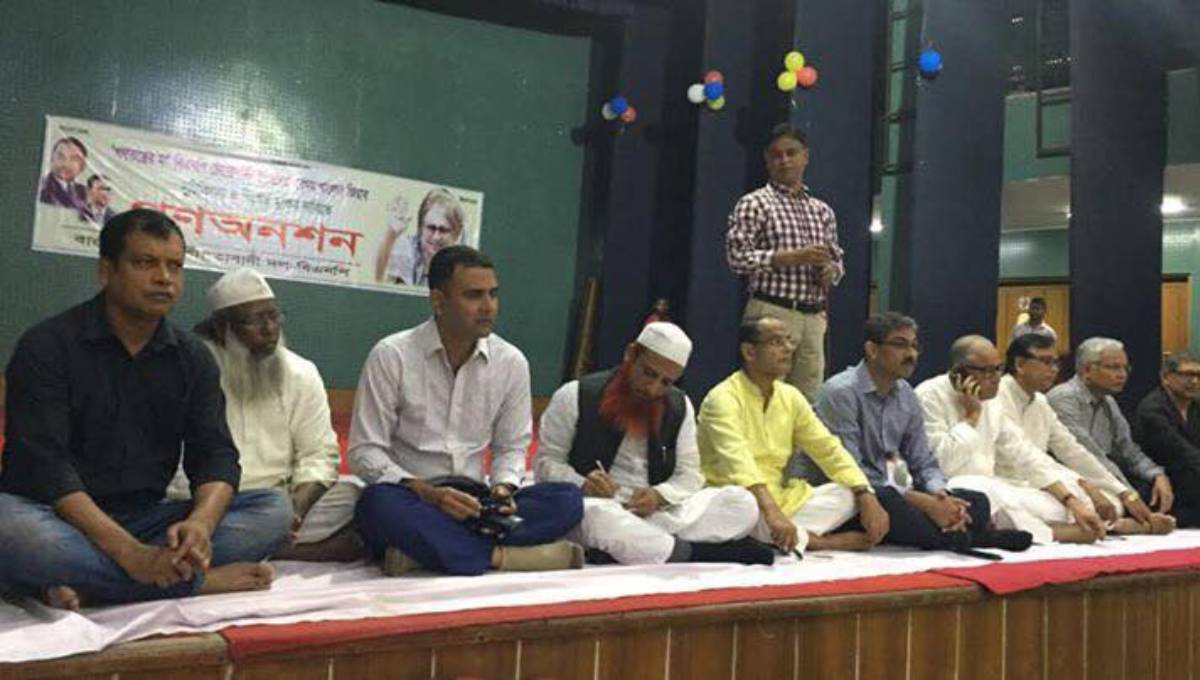 Photo: Leaders and activists of BNP start a six-hour token hunger strike in the capital on Sunday demanding Khaleda Zia’s release from jail.

Dhaka, Apr 7 : BNP on Sunday started a six-hour token hunger strike in the capital demanding its chairperson Khaleda Zia’s release from jail and her proper treatment.

The programme began at the auditorium of Institution of Engineers, Bangladesh at 10:30am.

Leaders and activists of BNP and its associate bodies joined the programme amid tight security.

The token hunger strike is scheduled to end at 4:30pm.

On Tuesday last, the party announced the programme from a milad mahfil held at its Nayapaltan central office.

Khaleda was admitted to Bangabandhu Sheikh Mujib Medical University (BSMMU) on Monday with severe pain in the joints of her hands and legs, insomnia and high sugar level.

Khaleda, a former prime minister, has been in jail since February 8 last year when she was convicted of corruption. She was later found guilty in another corruption case.

Her release remains the BNP’s main demand and the party has been accusing the government of neglecting her treatment.