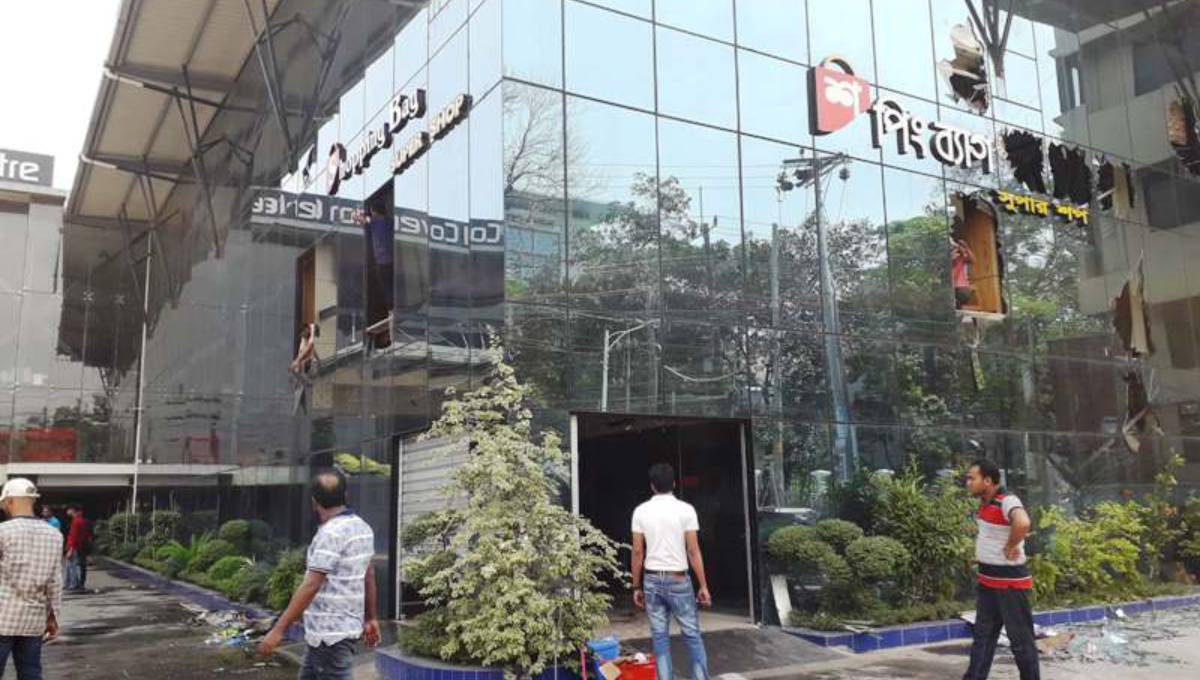 Chattogram, Apr 6 : A fire broke out at a super shop in Kazir Deuri area in  the city on Saturday morning.

The fire broke out on the second floor of ‘Shopping Bag’ super shop from an electric short circuit around 6:30am, said Jasimuddin, deputy director of Agrabad fire station.

On information, nine fire fighting units rushed in and doused the fire after one and a half hours of frantic efforts.

The super shop authorities said the loss caused by the fire could go up to Tk 2 lakh.