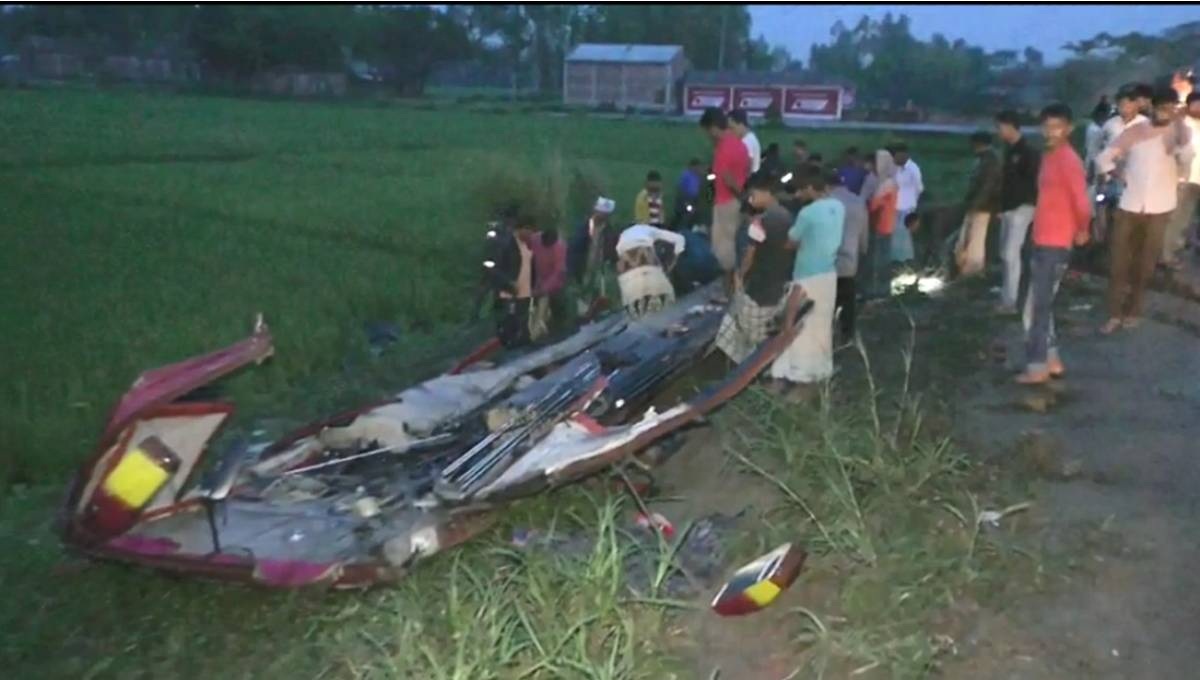 Photo: A bus of Barkat Enterprise overturns on Dhaka-Rangpur highway on Saturday, April 06, 2019.

Gaibandha, Apr 6 : At least five bus people were killed and 15 others  injured as a bus overturned on Dhaka-Rangpur highway in Jummar Ghar area in Gobindaganj upazila early Saturday.

Akeruzzaman, officer-in-charge of Gobindaganj Highway police, said the accident took place around 3am when the Burimari-bound ‘Barkat Enterprise’ bus overturned on the highway, leaving three people dead on the spot and 17 others injured.

Later, two injured people died on the way to hospital.

District administration provided Tk 10,000 each to the deceased’s family.

Jupiter’s moon count jumps to 92, most in solar system