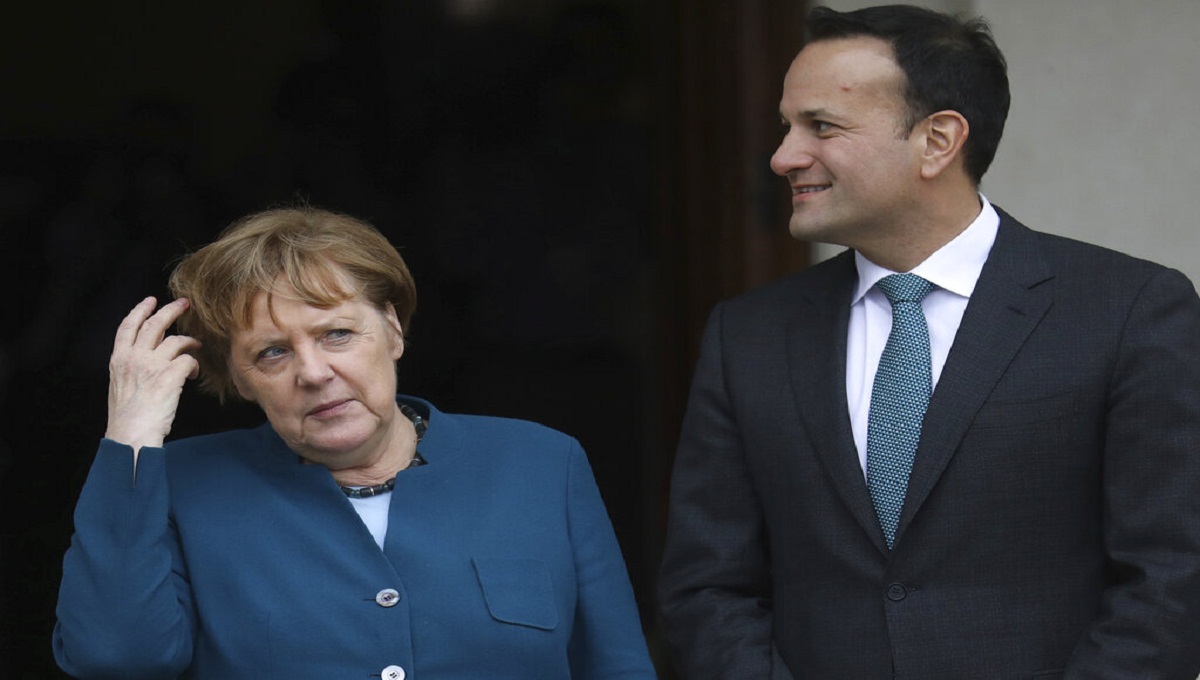 London, April 5 : The British government and senior opposition figures tried Thursday to overcome intractable differences and forge a new plan for departing the European Union, as the bloc warned of dire consequences if the U.K. leaves the EU without an agreement next week.

Prime Minister Theresa May was trying to avert a chaotic “no-deal” Brexit — and also tamp down divisions within her Conservative Party inflamed by her shift toward compromise.

May faced fury from anti-EU Conservatives after she agreed to talks with Labour Party leader Jeremy Corbyn, who favors a softer form of Brexit than the plan advocated by the government. Two junior ministers have resigned, and more could follow.

Senior government and Labour officials held four and a half hours of talks Thursday, after an initial two-hour session between May and Corbyn the day before.

Both sides gave little away about what progress was made, but said the talks would continue Friday.

Treasury chief Philip Hammond said both parties needed to be flexible to break the Brexit impasse.

“When you enter into a negotiation like this to find a compromise way forward, both parties have to give something up,” he told broadcaster ITV. “There is going to be pain on both sides.”

The political paralysis over Brexit has left Britain facing a possible chaotic departure from the EU in just over a week.

After U.K. lawmakers three times rejected May’s agreement with the bloc that was struck late last year, the EU gave Britain until April 12 to approve a withdrawal plan, change course and seek a further delay to Brexit, or crash out of the EU with no deal to cushion the shock.

Economists and business leaders warn that a no-deal Brexit would lead to huge disruptions in trade and travel, with tariffs and customs checks causing gridlock at British ports and possible shortages of goods.

“Let there be no doubt whatsoever: A no-deal scenario would be extremely costly and disruptive,” said European Commission Vice President Jyrki Katainen, who warned “a no-deal scenario is highly likely.”

Worries about a no-deal Brexit are especially acute in Ireland, the only EU member state to share a land border with the U.K.  Any customs checks or other obstacles along the currently invisible frontier would hammer the Irish economy, and could undermine Northern Ireland’s peace process.

Irish Prime Minister Leo Varadkar visited the border area Thursday with German Chancellor Angela Merkel, meeting residents and businesses who would face disruption from the return of a hard border. They also met victims of Northern Ireland’s decades of violence.

Speaking later in Dublin, Varadkar said the EU was determined to prevent the return of a hard border in the event of a disorderly Brexit.

But he acknowledged that because of all the uncertainty, “it’s not possible, quite frankly, to have a clear plan.”

Merkel added: “I’ll simply say we have to succeed. Where there’s a will, there’s a way.”

It was unclear whether the cross-party talks in London would produce a breakthrough. They are risky for both the Conservatives and Labour, with each party split down the middle over Brexit.

Labour is formally committed to enacting the voters’ decision to leave the EU, but many of its lawmakers want a new referendum that could keep Britain in the bloc. They will be angry if the party actively helps bring about the U.K.’s departure.

Others in the party — especially those from areas that voted strongly to leave the EU — are adamant Brexit must not be halted.

Pro-Brexit Conservatives, meanwhile, are angry at the prospect of a softer Brexit that keeps Britain bound closely to EU trade rules and standards.

Meanwhile, British lawmakers desperate to avoid a chaotic exit have seized control of the parliamentary agenda to pass a hastily drafted bill that compels May to ask for an extension to the Brexit deadline if a no-deal departure is looming.

The bill was approved by the House of Commons late Wednesday by a single vote and moved Thursday to Parliament’s upper chamber, the House of Lords, where anti-EU politicians tried to use delaying tactics to slow its progress.

Despite the opposition, most members of the Lords are pro-EU. It’s likely they will approve the bill and it will become law by early next week. May will then have to go to a special EU Brexit summit in Brussels on April 10 to seek a delay.

The EU is not compelled to agree. Leaders of the bloc, exasperated by the chaos in London, say they will only grant a delay if Britain comes up with a workable plan.

French President Emmanuel Macron, one of the leaders most resistant to a further Brexit extension, has warned that the bloc can’t be held “hostage” to Britain’s crisis.

With British passions running high both inside and outside Parliament, police warned politicians to tone down their rhetoric.

He said individuals with a public platform had a responsibility to speak in a way “that is temperate and is not in any way going to inflame people’s views.”

The crisis has produced a week of high — and sometimes surreal — drama in Parliament. On Monday, climate change protesters stripped almost naked in the public gallery as lawmakers debated Brexit.

On Wednesday, a vote in the House of Commons ended in a tie, for the first time in a quarter of a century.

And on Thursday, debate in the Commons was suspended after water from a leak began pouring through the ceiling into the chamber below.  Lawmakers were later sent home for the day as maintenance staff assessed the damage.