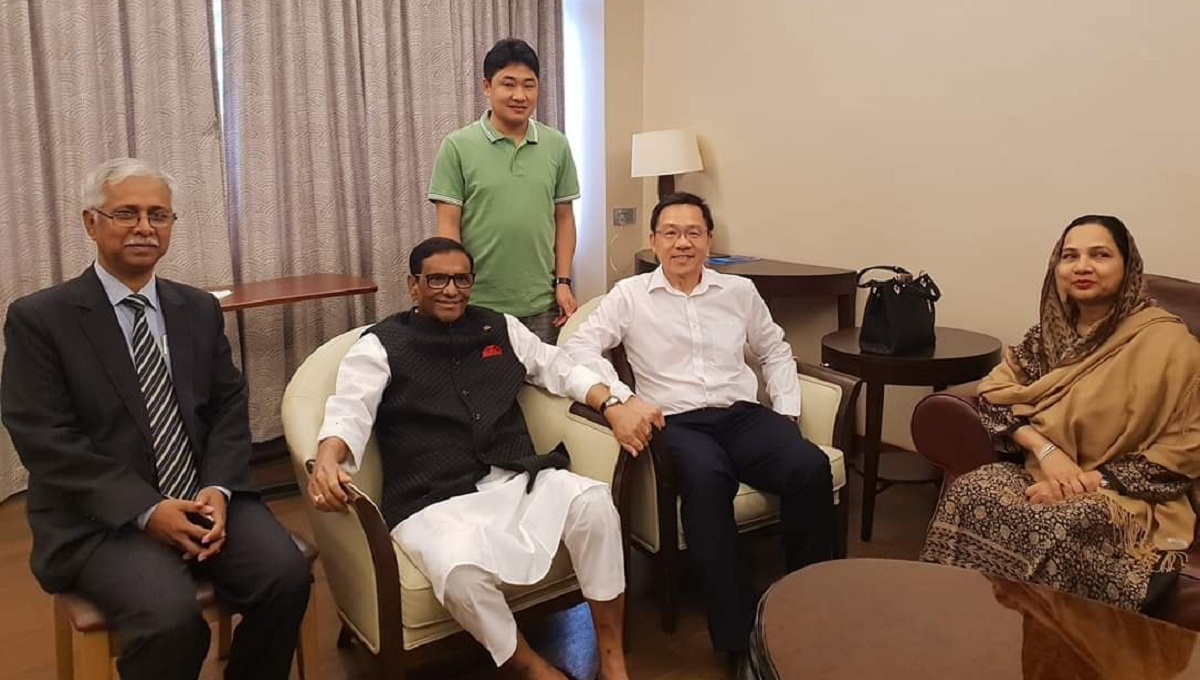 Dhaka, Apr 5 : Road Transport and Bridges Minister Obaidul Quader will be discharged from the Mount Elizabeth Hospital in Singapore this (Friday) afternoon.

He is scheduled to be discharged after 3 pm (local time) and will stay in Singapore for few more days for follow up treatment as per the advice of the physicians, said Abu NaserTipu, Deputy Principal Information Officer of the Ministry of Road Transport and Bridges.

On March 26, Obaidul Quader was moved to a cabin from the intensive care unit of Hospital after his condition improved.

The minister underwent a bypass surgery there on March 20.

He was initially admitted to BSMMU on March 3 following breathing complications. Later, tests revealed three blockages in his coronary artery. He was flown to Singapore the next day for better treatment.