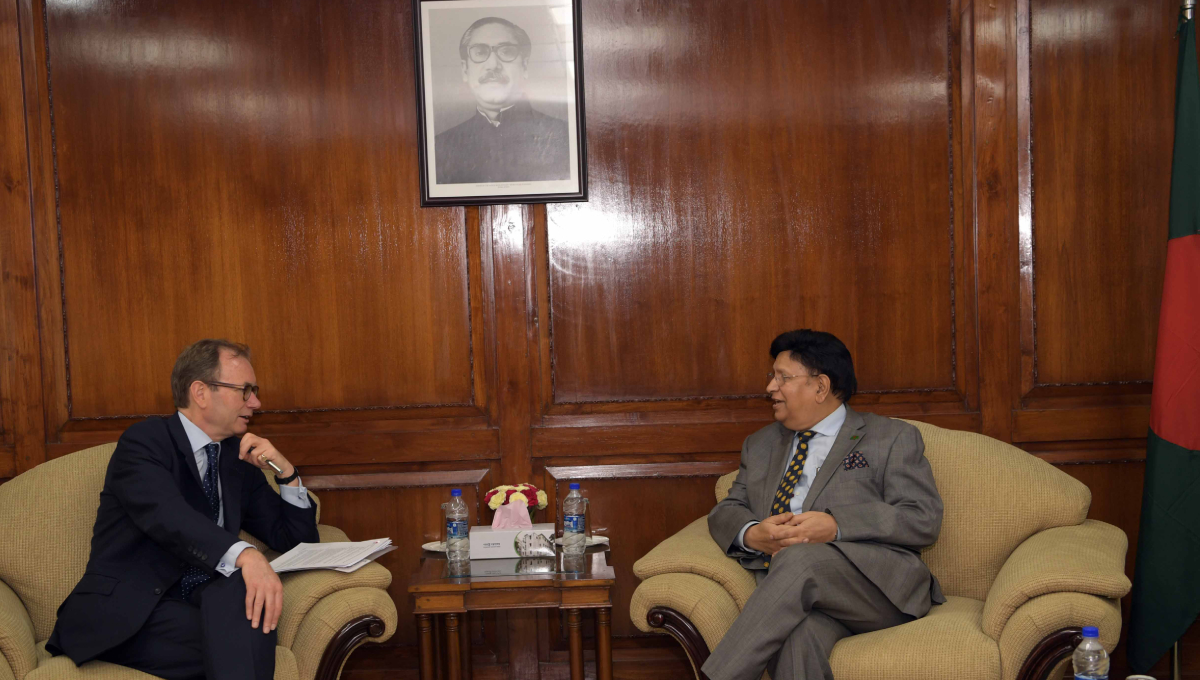 Dhaka, Apr 5 : Foreign Minister Dr AK Abdul Momen has welcomed UK’s decision to continue to extend the trade facilities that Bangladesh avails under the Everything But Arms (EBA) scheme from the European market even after the Brexit.

He also expressed hope that UK’s support in terms of preferential access would remain in place for Bangladesh’s post-LDC period.

Foreign Minister said this when new British High Commissioner to Bangladesh Robert Chatterton Dickson met him on Thursday at the Ministry of Foreign Affairs.

The EBA scheme grants full duty free and quota free access to the EU single market for all products (except arms and armaments) and it is the EU’s flagship trade instrument designed to help the Least Developed Countries.

Rohingya issue figured high in the discussion, said the Ministry of Affairs on Friday.

The British High Commissioner promised to maintain persistent pressure on Myanmar for early but safe, dignified and sustainable return of Rohingyas to their ancestral land in Rakhine.

Foreign Minister Dr Momen congratulated Dickson on his appointment as the new British High Commissioner and assured him of best cooperation during his tenure in Bangladesh.

The Foreign Minister recalled UK’s full support during Bangladesh’s Liberation War and the historic meeting between Bangabandhu Sheikh Mujibur Rahman and Prime Minister Sir Edward Heath at No 10 Downing Street on January 8, 1972, right after his release from Pakistan jail after our independence.

Foreign Minister Momen briefed the High Commissioner about the 11th Parliamentary Elections that was held on December 30 in a “festive and peaceful” atmosphere.

Dr Momen highlighted Bangladesh’s tremendous socio-economic developments particularly during the last one decade in light of Prime Minister Sheikh Hasina’s Vision 2021 and Vision 2041 that envisages the transformation of Bangladesh into Sonar Bangla or Golden Bengal as dreamt by Father of the Nation Bangabandhu Sheikh Mujibur Rahman.

The British High Commissioner promised UK’s support in terms of increased business and investment between the two countries to realise that dream.