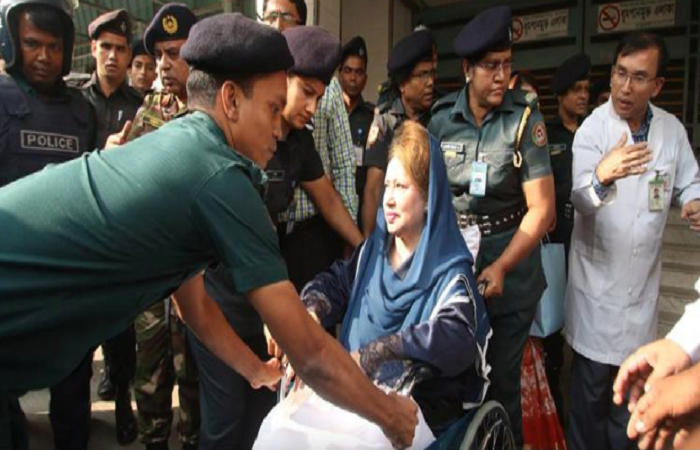 “She is doing well now. She is taking her medicine and her health is improving,” the BSMMU director told the journalists at a press conference organized for apprising the media of the latest situation of Khaleda’s treatment.

The BNP chief’s treatment started after she was taken to the BSMMU from the old jailhouse located in Nazimuddin Road on Monday afternoon, authorities of the BSMMU have said.

The former prime minister has been kept at cabin No. 621 and the adjacent room is also booked for the jail authorities, they added.

Hoque also said a board of doctors formed to treat Khaleda saw her and prescribed medications.

The 73-year-old politician, who is suffering from arthritis and diabetes, had complained about pains in her leg and hand joints, according to Hoque.

About her level of diabetes, the BSMMU director said, “She is taking the medication prescribed by the medical board. It (diabetes) cannot be controlled in one day. But there’s no problem. It will be brought under control.”

A five-member medical board led by Prof Md Zilan Miah Sarker of the hospital’s internal medicine department was formed to oversee Khaleda’s treatment.