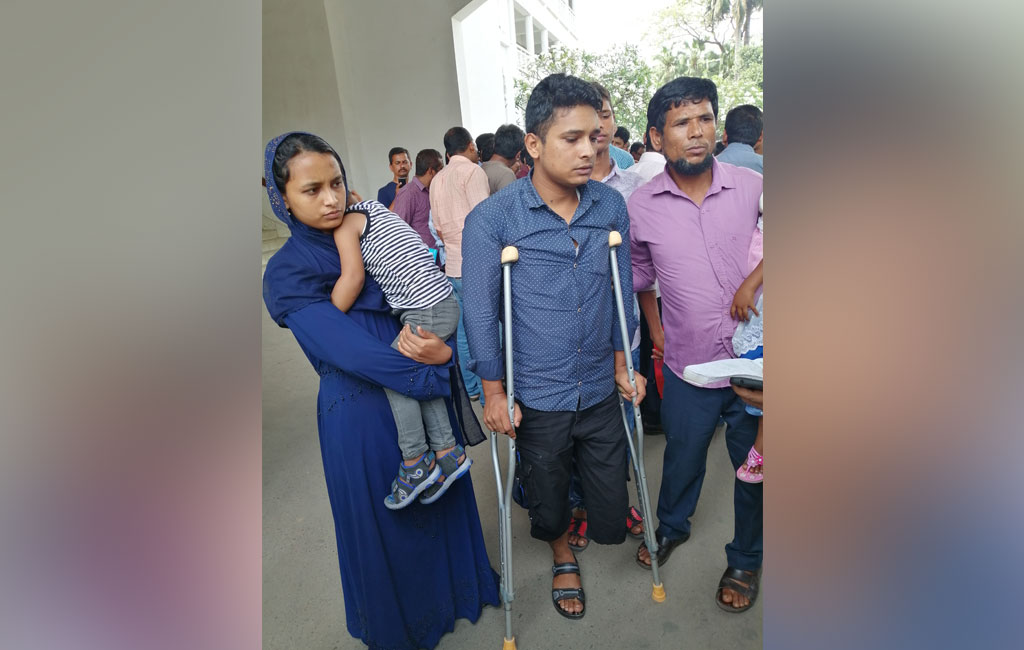 The High Court has ordered the authorities of Green Line Paribahan to pay Tk 50 lakh by April 10 to Russell Sarkar, who lost his leg after being hit by a bus of the company on Mayor Mohammad Hanif Flyover in the capital.

The transport company was warned that if it fails to make the payment within the stipulated time, all its buses would be seized and its ticket sales stopped on April 11.

Earlier in the day, the HC summoned the general manager of Green Line Paribahan to appear before it at 2:00pm today to place his explanation why the company did not pay Tk 50 lakh to Russel Sarker in line with its earlier order.

The High Court on March 31 directed the transport company to pay Tk 50 lakh by Wednesday (April 3, 2019) to Russel and also asked the company authorities to inform it by Thursday (today) after complying with the order.

The diets cutting one in five lives short every year