‘USA, Bangladesh close to one another politically, economically, commercially’ 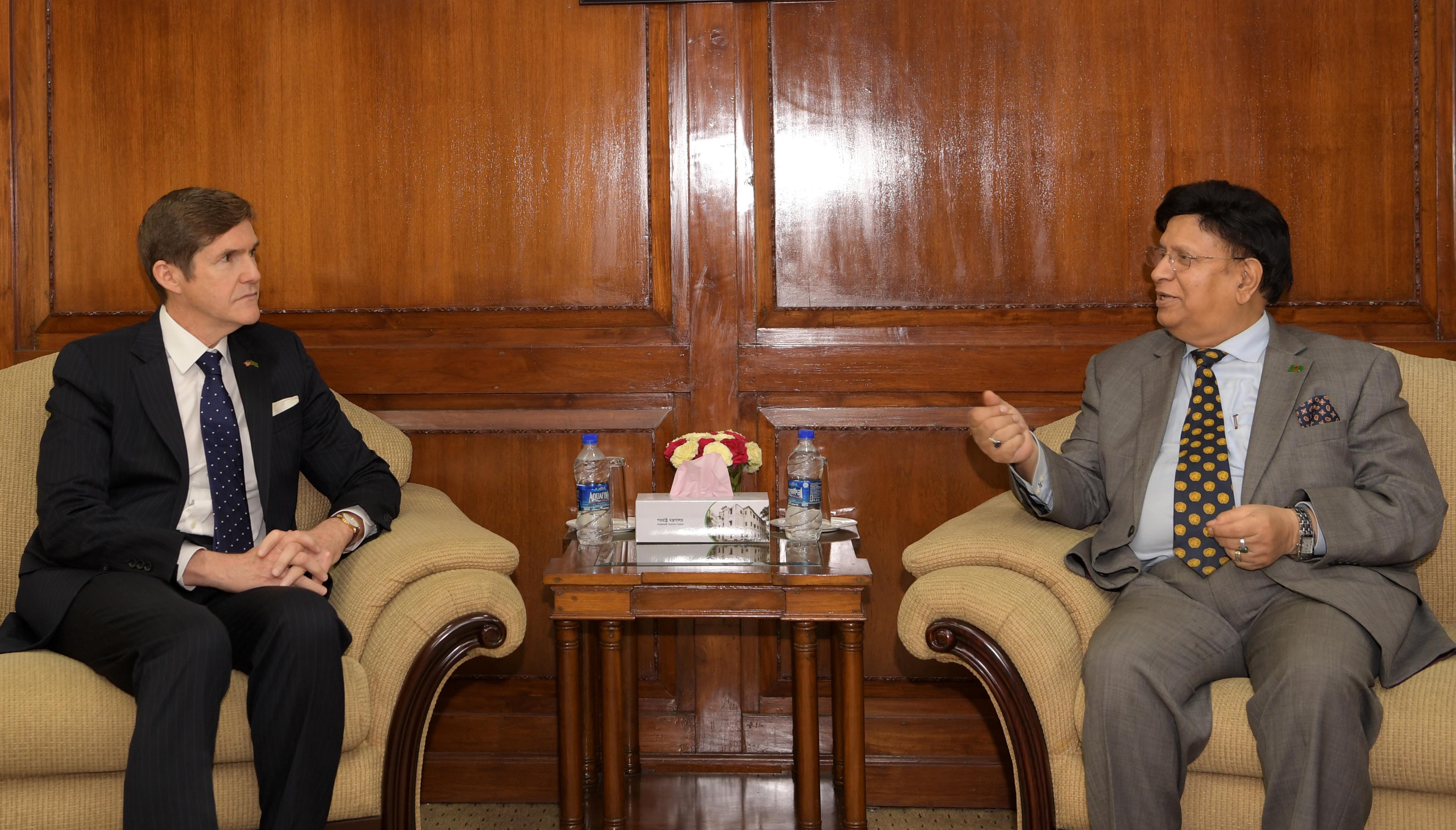 Dhaka, April 4 : Bangladesh and the United States will hold bilateral talks in Washington DC on April 8 to discuss ways to further strengthen relations on all fronts.

The meeting will be held between Foreign Minister Dr AK Abdul Momen and the US Secretary of State Mike Pompeo. They will discuss bilateral, regional and international issues.

US Ambassador to Bangladesh Earl R Miller met with the Foreign Minister at the latter’s office on Thursday and discussed the issue.

The Foreign Minister thanked the US Secretary of State for the invitation to Washington DC for bilateral talks.

The US Ambassador expressed hope that the meeting between Foreign Minister Momen and Secretary Pompeo will be very fruitful.

Foreign Minister Dr Momen noted that ties between Bangladesh and the USA are strong.

The two countries are close to one another politically, economically and commercially, according to the Ministry of Foreign Affairs.

He observed that USA has the scope to invest more in the gas, oil and energy sectors of Bangladesh.

The Foreign Minister said that Bangladesh welcomes forward looking connectivity and infrastructure projects in the region.

He also noted that maritime sector of the region can be harnessed to improve business connectivity and shared prosperity of people.

The US envoy assured that USA will stand beside Bangladesh on Rohingya issues and the US investors consider Bangladesh as an important business destination.

He noted that bilateral trade between Bangladesh and the USA has expanded in recent years. He was appreciative of Bangladesh’s socio-economic progress.

Game of Thrones makeup collections inspired by TV and film