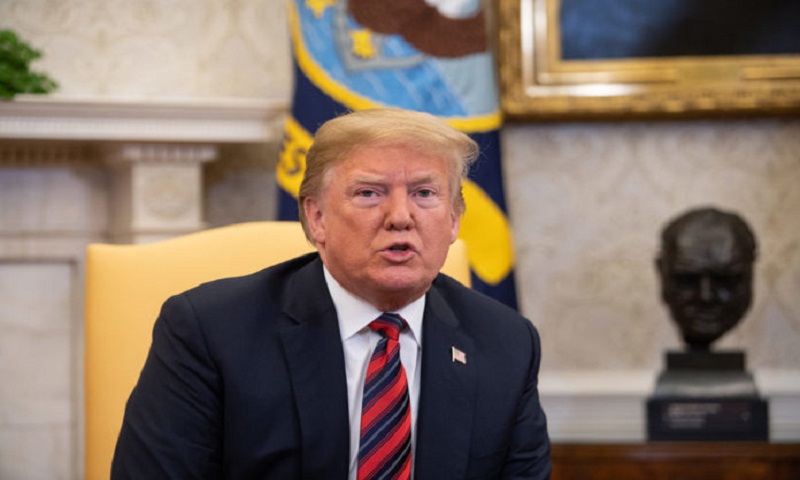 President Donald Trump said Tuesday he is “100 percent” prepared to close down the US-Mexico border, warning Congress and Central American governments to take action to stem the flow of migrants into the country.
Delays were already rising at several key border crossings as Trump ratcheted up pressure on Democrats in Congress to toughen US laws against illegal immigrants, threatening to hurt the US economy in the name of border security.“It is a national emergency on the border,” Trump said.

If Mexico does not stop migrants from transiting across its territory, and if Congress does not act, he said, “the border’s going to be closed, 100 percent.”

“Sure it’s going to have a negative impact on the economy,” he said. “Security is more important to me than trade.”

Trump said Democrats were blocking reforms for political reasons but could fix the problem “in 45 minutes.”

He was not specific, but Homeland Security Secretary Kirstjen Nielsen has asked Congress to give border officials the power to forcibly repatriate Central American illegal immigrants, including children who arrived alone, back to their countries.

The threat to close the border, which handled some $612 billion worth of trade in 2018, sent shivers through the economy, and drew warnings from allies of the president.