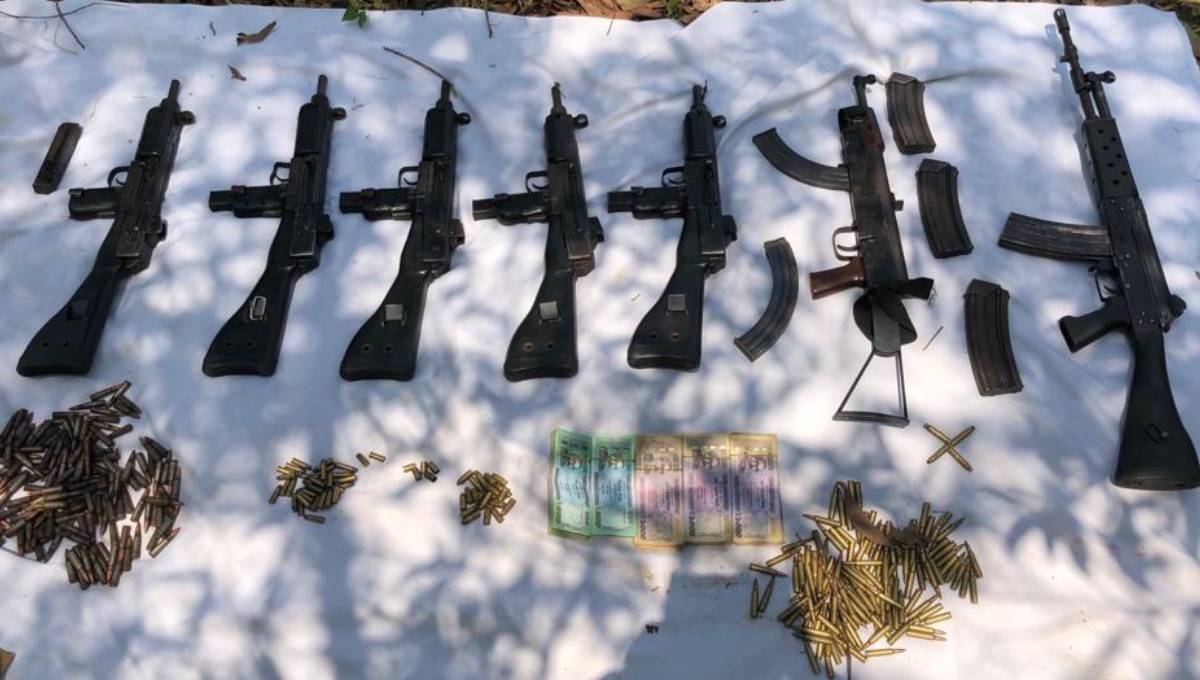 Bandarban, Apr 3 : A suspected terrorist was killed in a reported gunfight with the joint forces at Lemubari border in Naikhongchhari Upazila on Wednesday.

The deceased was identified as Gyan Mongkor Chakma, 45, hailing from Rangamati. He worked as the fund collector of the terrorist group in the area, the forces said.

Seven SMGs, 11 magazines, 437 bullets and cash Tk 4.36 lakh were recovered from the spot after the gunfight.

A Chattogram Rab-7 conducted the raid, aided by the army and Border Guard Bangladesh. The joint forces said they had information that the gang which carried out a gun attack on election officials in Rangamati on March 18, was staying in the bordering area.

“A joint team conducted the raid when the terrorist gang returned after collecting firearms from Mayanmar border around 11am,” said Lt Col Miftah Uddin Ahmmed, commanding officer of Rab-7.

“One terrorist was killed during the gunfight,” he said. “The area has been cordoned off and patrolling has been intensified to stop the terrorists from escaping to Myanmar.”

Members of the joint forces are conducting drives in bordering areas.

Seven people, including a presiding officer, were killed in a gun attack on a motorcade of election officials and law enforcers returning from Sajek after voting in the second phase of upazila election.

No price hike during Ramadan: PM