Healthwise: Summer allergies are up, so are food sensitivities 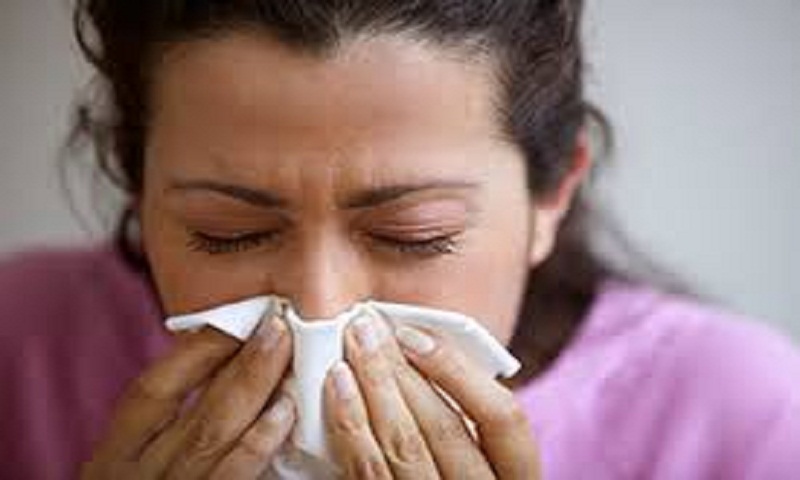 Nasal allergies and asthma mark the beginning of summer in many parts of India and, along with indoor pollutants like dust mites and mould, trigger annoying bouts of sneezing, sniffling, runny nose, watery and itchy eyes, and a persistent dry, itchy throat and hacking cough that varies in intensity from one day to the next, depending on the level of exposure to the pollutant.
One in four people across the country have sensitivity to allergens, which range from pollen, fungal spores, dust, foods, insects to pollutants such as ozone and nitrogen dioxide, road and construction dust and smoke, according to the Indian Study on the Epidemiology of Asthma, Respiratory Symptoms and Chronic Bronchitis (INSEARCH).

Exposure to allergens lead to a range of diseases, from rhinitis (runny nose), red and watery eyes, dermatitis (skin rash), urticaria (skin welts), mouth and gastrointestinal problems, life-threatening asthma attacks, and anaphylaxis shock, which is an acute allergic reaction that can kill within minutes.

Allergies occur when people have a hyperactive immune system that overreacts when exposed to an allergen, producing antibodies called Immunoglobulin E (IgE) that cause cells to release chemicals that cause allergy symptoms. People who have more types of IgE antibodies develop allergic reactions to multiple allergens.

The immune systems may take years to develop sensitivity to an allergen, so sensitivities can flare up without warning at any time of life. Stress, changes in lifestyle, a cleaner environment and changes in the body’s hormonal balance may also aggravate sensitivities.

Multiple allergies may exist together. For example, a person with allergic rhinitis is more prone to asthma, sinusitis, otitis media (middle ear infection), dermatitis and nasal polyps, according to a study from India published in International Journal of Otorhinolaryngology and Head and Neck Surgery.

The wide variations in climate, vegetation and food habits in India have made its allergy map equally diverse, with West Bengal, Kerala and Mizoram reporting the highest prevalence (3,000-4,000 cases per 100,000 population) of allergies, followed by Andhra and Odisha (2,000 to 22,999 per 100,000), according to a study by researchers from Visva Bharat University at Shantiniketan in West Bengal in the International Archives of Allergy and Immunology.. Pollen from coconut, date palm and palmyra palm are the major allergens in the coastal states, as are dust mites in the Gangetic plain, and Feverfew Weed (Parthenium hysterophorus) in south India, particularly around Bangalore.

Food sensitivities are far more common than diagnosed, with allergies to legumes, prawn, eggplant, milk and egg being among the most common. Kidney beans (Phaseolus vulgaris) cause gut sensitivity in 22% of the food-allergic population in rajma-chawal loving Delhi, with peanut, black gram, lentil, pea, pigeon pea, and chick pea being the other legumes that people with allegies should be wary of. Among the staples, rice (Oryza sativa) produces an allergic response in far more people in India than wheat does.

Fungal spores, which abound indoors in human conditions, are a bigger allergy trigger than pollen. Most of the indoor moulds reported from different Indian megacities are filamentous and present in the air around the year, said the study from West Bengal.

Aspergillus fungi spores, which are widely present in ambient air across most states, are particularly major triggers of asthma and rhinitis. Among insects, the the ubiquitous American cockroach (Peri­planeta americana) is a common allergen.

Molecular diagnostic tools, such as ImmunoCAP and allergen microarray, are helping identify triggers and treat chronic disease. These tests must be made widely available outside specialised hospitals and diagnostic centres to offer relief to the hundreds of thousands struggling with allergic reactions every day.