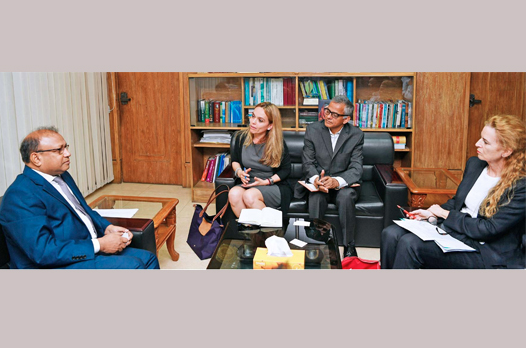 A delegation of the World Bank (WB) called on Local Government, Rural Development and Cooperatives Md Tajul Islam at the Secretariat in the capital on Tuesday.

The WB delegation, led by its Practice Manager of Urban Development for South Asia Catalina Marulanda, met the minister at his office, said a press release of the ministry.During the meeting, they discussed the progress of the World Bank’s ongoing projects in Bangladesh.

The WB representatives proposed handing over of a fund of US$ 70 million unused in different projects of the bank to the Bangladesh government, requesting it to utilise the fund for the welfare of the displaced Rohingya people staying in Cox’s Bazar.

Tajul assured the WB delegation of providing all-out support in this regard.