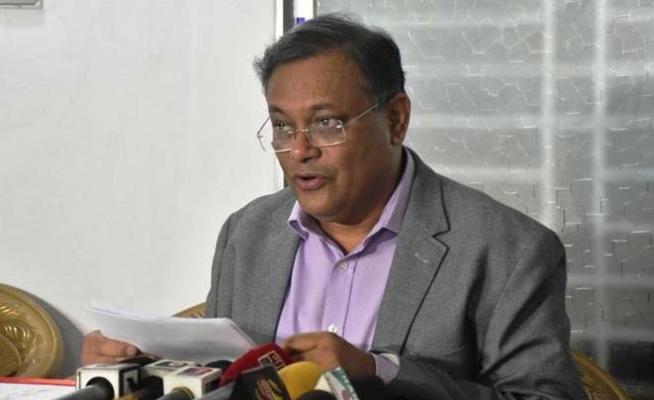 Information Minister Hasan Mahmud on Tuesday said the government has not shut the transmission of any foreign channel but served notices on two distributor companies for airing Bangladeshi commercials on downlinked foreign television channels.

The two distributors — Nationwide Media Limited and Jadoo Vision Limited — have been asked to respond to the notices within the next seven days.

Although the government banned the airing of Bangladeshi commercials on downlinked foreign television channels from April 1 some companies continued airing ads violating Cable Television Network Operations Act 2006, said the minister while talking to reporters after a meeting with cinema hall owners at the ministry.

“Currently, Bangladeshi television channels are being deprived of advertisements for this reason and the country is losing Tk 500-1000 crore each year.”

In other countries, including India, airing of local commercials on downlinked foreign television channels is prohibited. So far, the law was not enforced in Bangladesh but from now on it will be implemented, he added.

The government on March 13 banned the airing of local advertisements on downlinked foreign channels.