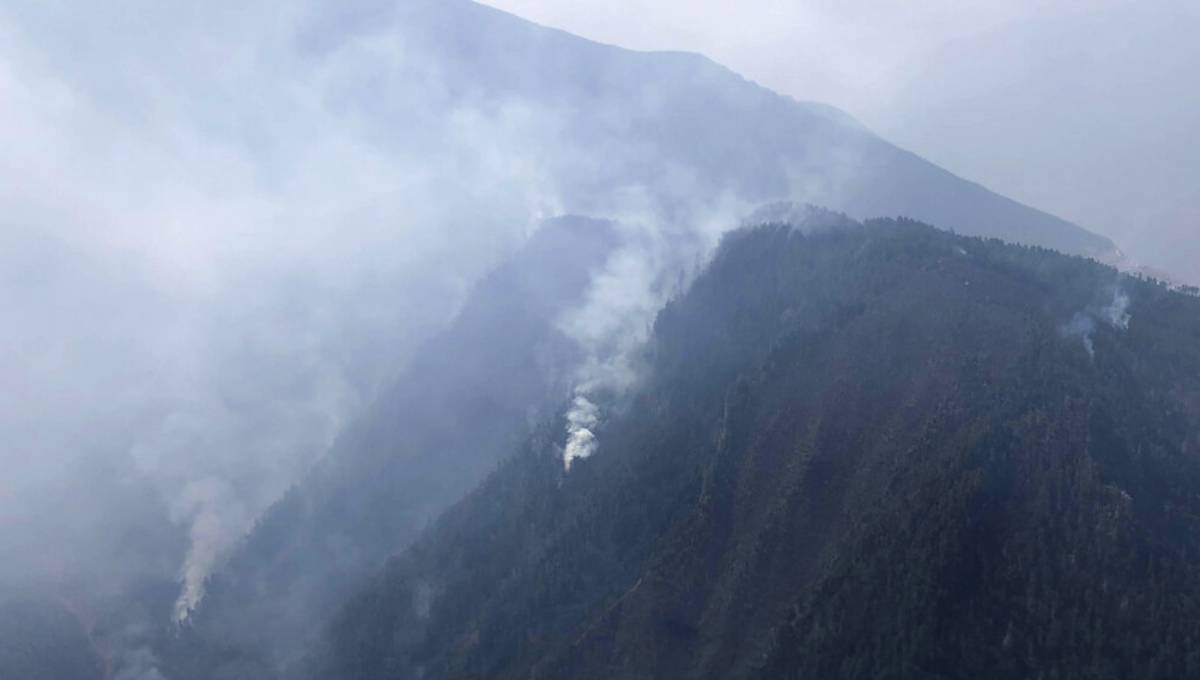 Photo: In this aerial photo released by Xinhua News Agency, smoke can be seen from a forest fire in Yalongjiang township of Muli County, Liangshan Yi Autonomous Prefecture in southwestern China’s Sichuan Province on Monday, April 1, 2019.

Beijing, Apr 2 : Firefighters on Tuesday had contained a blaze high in the rugged forested mountains of western China that claimed the lives of 30 of their colleagues, in one of the worst disasters for the emergency services in recent years.

State media say open flames had been extinguished and only a few areas continued to emit smoke with no further threat of the fire spreading.

The bodies of the dead firefighters were brought to the town of Xichang in Sichuan province, while three helicopters had brought in reinforcements to extinguish the blaze.

Changing winds Sunday apparently trapped the 27 firefighters and three helpers who were battling the blaze in a remote area at an altitude of 3,800 meters (12,500 feet), according to the Ministry of Emergency Management. Despite attempts at a rescue, all 30 were confirmed dead on Monday afternoon.

Most of the dead were in their 20s, although at least two were teenagers, according to state media reports. One had recently married.

China has been battling forest fires in recent weeks in various parts of the vast country, including on the outskirts of Beijing, fed by dry weather and high winds across many northern areas.

The death toll appeared to be the worst among Chinese firefighters since 2015, when an explosion at a chemical warehouse in the port of Tianjin killed 173 people, most of them firefighters and other first responders.