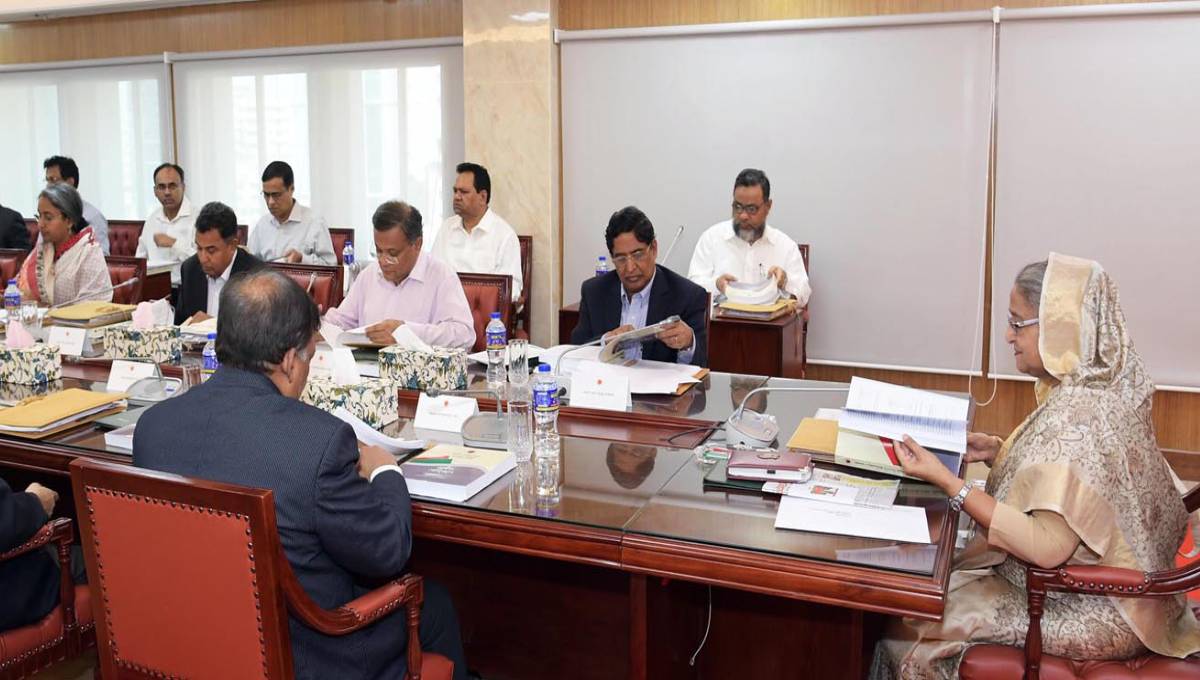 Dhaka, Apr 1 : Prime Minister Sheikh Hasina on Monday came up with a number of directives, including the introduction of yearly renewal of clearance certificates for high-rises from Fire Service and Civil Defence Department like industrial units, aiming to prevent fire incidents.

She asked the authorities concerned to examine the matter so that the Fire Service and Civil Defence Department can physically inspect a high-rise each year and give the clearance certificates.

The Prime Minister gave the directives at the beginning of the cabinet meeting held at the Secretariat that adopted a condolence motion at the loss of lives and property in the recent fire at the FR Tower in Banania area.

After detailed discussions, he said, the Prime Minister gave some directives to reduce fire incidents in the country.

He mentioned that the Fire Service and Civil Defence Department is giving clearance certificates for industries and factories after their physical inspections.

“The Prime Minister wants to introduce that system for all high-rises of the country aiming to stop the loss of lives and property in fire incidents,” he added.

Hasina also asked the authorities, who are in-charge of supervising the construction of any building, to inspect the location at the initial stage whether it would be viable to construct such structures in that particular area.

She asked for continuing the inspections on a regular basis.

She said new techniques of smoke-controlling systems have to be introduced in the country alongside creating reservoirs and preserving lakes.

Mentioning that the Fire Service and Civil Defence Department of the country has only three ladders for high-rises, the Prime Minister asked the authorities concerned to increase the number.

She told the architects to design the buildings keeping in mind the environment, ensure the fire exit system and keep it open all time.

Hasina said many offices are currently using electronic doors that usually do not work when there is no electricity. She asked them to make it workable manually while there will be no electricity.

The Prime Minister also asked for making an arrangement for tarpaulin in high-rises so that it could be used during the fire incident as the emergency exit.

Hasina asked the authorities to keep veranda in each school and hospital and asked the interior designers to keep those verandas open always.

She also asked all concerned to keep more than one emergency exit, at least two, for each high-rise building.