Millions in Dhaka at risk of fires, earthquakes: Experts

‘No good progress in earthquake preparedness’ 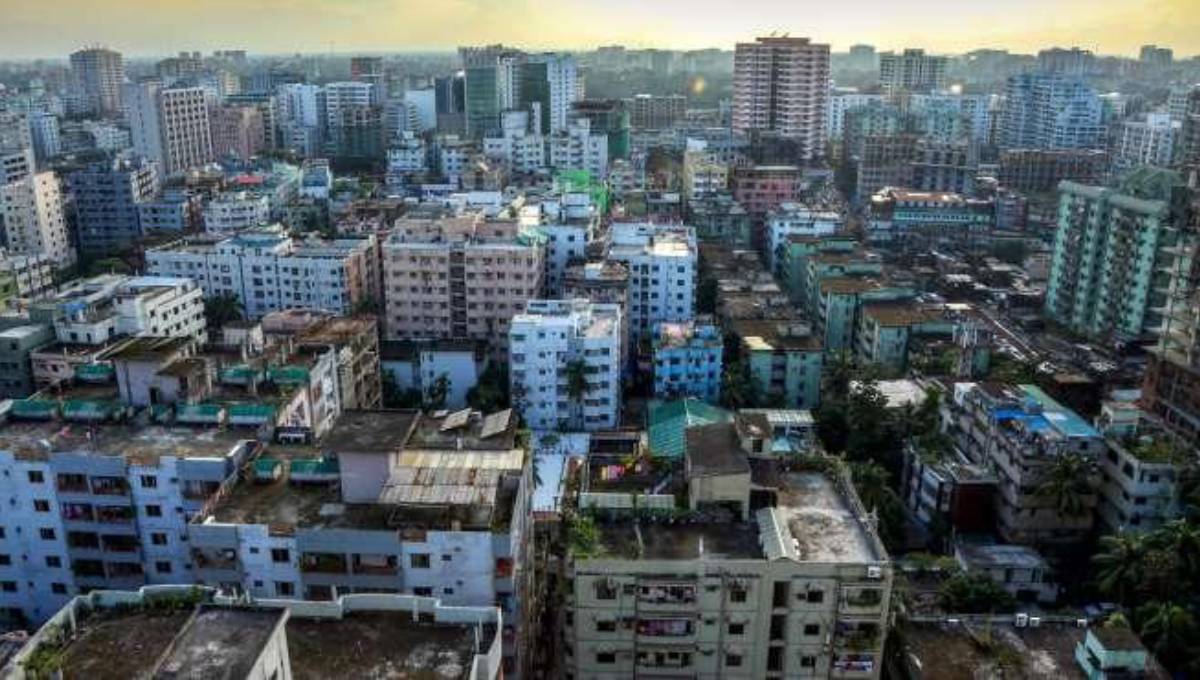 Dhaka, April 1 : The violation of building codes and defiance of safety issues during construction of high-rises have exposed around 18 million people in and around the capital to fires and earthquakes, say experts.

Dhaka, one of the world’s most densely-populated cities, has witnessed a number of devastating fires in recent months and years.

They suggested taking immediate initiatives to ensure safety compliance of city buildings like the garment factories.

Government officials said the tower was constructed flouting the building code and that it had unusable firefighting equipment.

It is still unclear what sparked the fire at FR Tower.

‘A disaster in waiting’

Prof Jamilur Reza Choudhury, a construction and earthquake expert, told that a large number of buildings in Dhaka flouted the building code and Building Construction Rule 1996 during construction, putting people’s lives at risk.

“With so many vulnerable buildings in the capital, I fear that between 100,000 and 150,000 people may be killed if a strong earthquake hits Dhaka,” he said.

Iqbal Habib said 80 percent of the capital’s buildings lack proper approval according to Rajuk. “Sixty percent of the other buildings were constructed breaching their designs and flouting rules,” he said.

Prof Ansari recalled that their 2011 survey on 53 high-rises in the city showed that 90 percent of them lacked adequate fire safety measures.

Dhaka’s development authority Chairman Md Abdur Rahman said that they will conduct a drive within 15 days to identify faulty high-rises.

The experts urged the government to strengthen its agencies concerned and form a committee that will specifically work to ensure fire safety.

“Government agencies, including Rajuk, need to be strengthened to stop the construction of risky buildings as well as retrofit or remove the old risky buildings,” said Prof Choudhury, the vice-chancellor of University of Asia Pacific.

He pointed out that pressure from foreign buyers after the Rana Plaza tragedy led to safety improvement at about 800 buildings housing factories.

“We need a body like Accord to ensure safety,” Habib said.

He said now most of the garment factories are safe and workers-friendly as the Accord and Alliance, the two western buyers’ platforms, created huge pressure on the factory owners to ensure safety and compliance after the Rana Plaza tragedy in 2013.

Prof Ansari said the government should assign a specific body to work for ensuring fire-safety in all high-rises. “More importantly, the building code, which clearly mentions how to construct a safe high-rise, should be followed strictly.”

In the case of low-rises, he recommended keeping fire extinguishers on every floor and train people on their use in case of any fire incident. “We see many owners keep the main gates and the doors of the rooftop of their houses locked. In this case, the owners must provide each tenant with the keys of locks.”