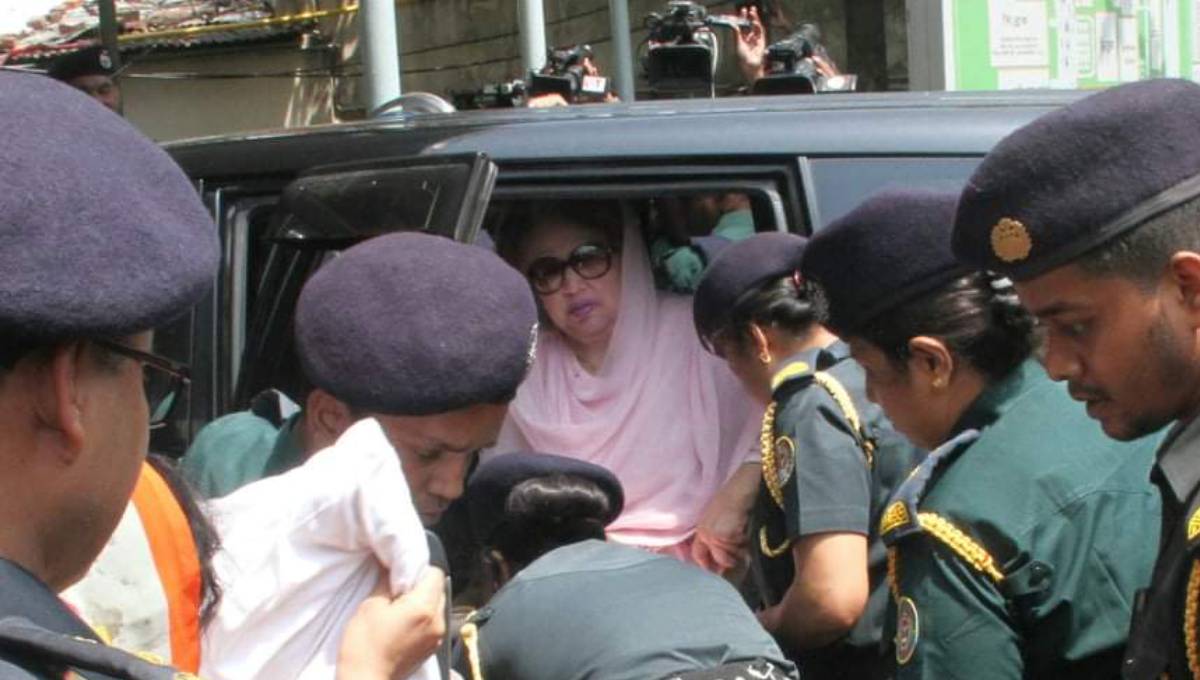 A black jeep carrying Khaleda reached the hospital at 12:35 pm on Monday.

She was taken to the cabin block in a wheelchair where she will be kept in room 621 and 622.

Meanwhile, tight security measures have been taken around the BSMMU.

Jailer of Old Dhaka Central Jail Mahbubul Islam told journalists that the BNP chairperson refused to go to BSMMU for treatment though they had all the preparations to take her there.

BNP has been demanding the government allow Khaleda Zia to receive treatment at a private hospital as per her choice.

On Mar 19, BNP secretary general Mirza Fakhrul Islam Alamgir alleged that their chairperson Khaleda Zia neither can eat anything properly nor keep her head straight as her health condition has seriously deteriorated.

Later, the Home Minister said the BNP chief would be taken to BSMMU for ensuring better treatment of her.