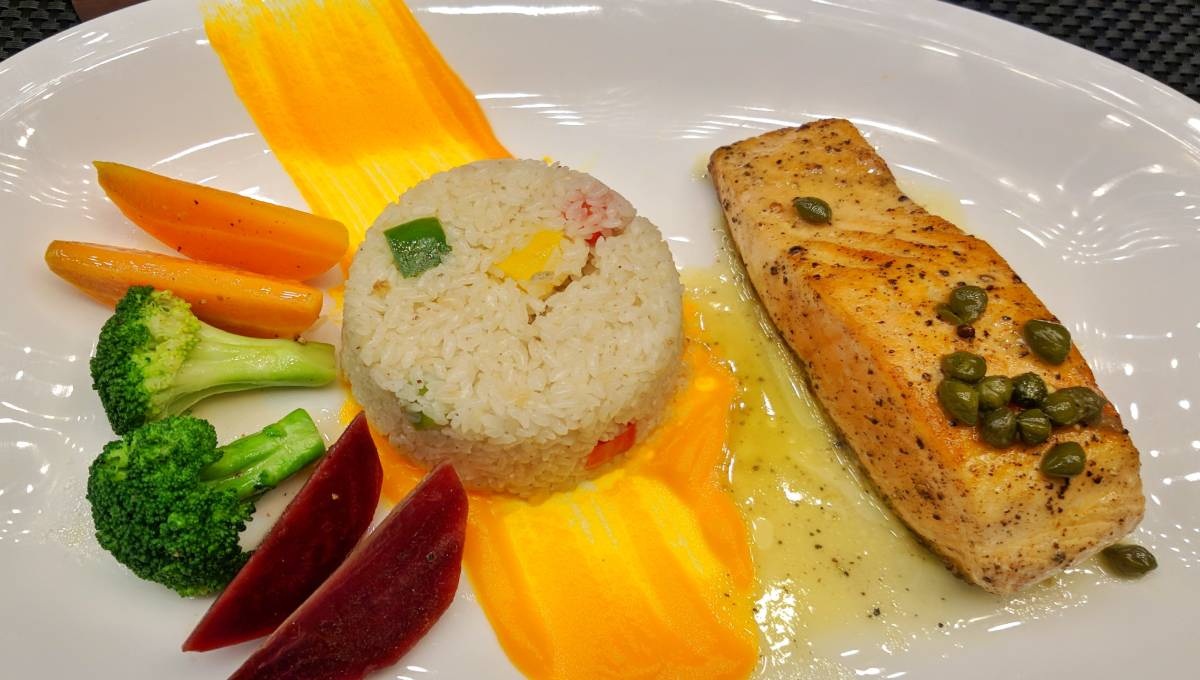 The Rangs Fortune Square building has become quite the hot spot in Dhaka over the last few months. From hosting the second branch of last year’s hit, Yum Cha District to accommodating the crazy line of Dominos, Rangs at Dhanmondi Road 2 has become “the place” serving your caffeine, dumpling craving and more.

The S’mores Café & Restaurant is such an addition to the building which doesn’t go unnoticed but unvisited. After checking their Facebook page where they claimed themselves to be the finest café and restaurant in Dhaka city, I knew I had to go by myself to check what it is all about. Upon entering, you will remain gawking at the exquisite interior; the lighting, the ambience, the seating arrangement were all praiseworthy.  Upon carefully going through each of the dishes on their simple menu we decided since the place gave off such a fine dine aura, we might as well order as such; finger food, a main, and a dessert followed by two drinks.

We started with the appetizer, American Imported Fries with two dips. In terms of taste, they tasted just like regular lightly seasoned fries with ketchup. The drinks, Sunriser and Strawberry Margherita were quite citric so if you are in the mood for something refreshing, they are an alright choice. Next came the much anticipated, New England Seafood Chowder. The chowder is a type of soup prepared with the combination of cream and milk. Why it is called New England Seafood chowder is due to the world wide use of seafood from the New England area, mostly Maine. However, the calamari and prawn used here were locally sourced. I cannot get over how brilliantly the chef had crafted this recipe. In fact, it was so rich (and the addition of toasted garlic bread) that it could be a whole meal in itself. The chowder was sweet, the seafood were cooked well, and the bread altogether made the dish a great one.

When the main, the Baked Salmon, arrived I couldn’t help but notice the perfectly cooked salmon fillet. The garlic butter flavor from the piccata sauce, the light seasoning of the fish, and the piquant taste of the capers all worked incredibly well together to present to you one full package. The poached vegetables could be deemed as the ugly duckling of the plate. In fact, I was totally bummed out when the broccoli tasted close to raw but the chef promised that they are actually working on an alternate as they too believe it doesn’t go with the overall dish. The bell pepper rice was a nice addition for those who prefer having a full fledged meal for the bucks but is meant to be simple so that the Norwegian salmon stays the star of the dish.

As hard as it is for me to say this, but with the name of the restaurant being S’mores, I had expected them to excel in the dessert section. I was quite disappointed having to choose between only two. The Signature (white) Chocolate Mousse was exactly what the menu described it to be; white chocolate with whipped cream. I couldn’t get through the small serving because of how overwhelmingly sweet it was.

In conclusion, S’mores is a must visit just for their chowder and salmon! This place deserves more recognition because honestly, it can be compared to a fine dine experience without having to put a hole on your pocket.