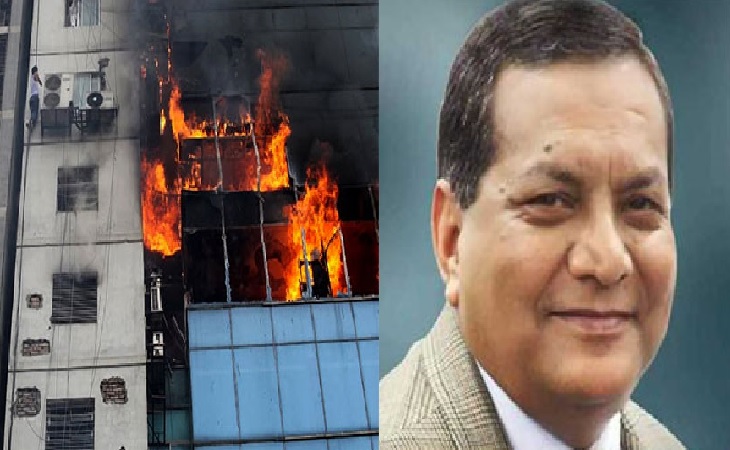 Dhaka, March 31 : Detective Branch (DB) of police arrested one of the owners of the Banani FR Tower BNP leader Tasbirul from his Baridhara residence on Saturday night. ADC of DB Police Shahjahan Saju confirmed the matter to media.He was arrested around 10:30 pm on this night over a case filed in relation to Thursday’s fire in the Banani Police Station, he said.The detainee claimed that he is the owner of the top three floors (20th, 21st and 22nd) of the building, the police official said.

Tasveer, a BNP central committee member, is the president of Kurigarm district BNP and the managing director of Quasem Drycell Company Ltd.
According to reports, Tasveer illegally built three storeys on top of the 18-storey FR Tower during BNP-Jamaat’s rule from 2001-2006.

The BNP leader is the incumbent Managing Director and CEO of the private company Quasem Drycells Limited.

Fourth phase of UP polls underway in 107 Upazilas