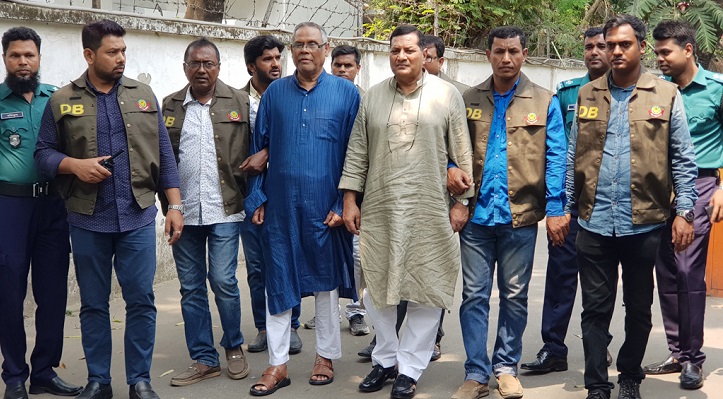 Earlier in the day, Investigation Officer of Detective Branch (DB) of Police Jalal Uddin produced the duo before the court with 10-day remand pleas for each of them.

Faruque, landowner of Banani’s FR Tower, was arrested from Bashundhara residential area around 1:45am on Sunday while Tasvir– one of the owners of the illegally occupied floors in FR Tower – was arrested from his home in Baridhara around 10:45 pm on Saturday.

At least 26 people were killed and dozens others injured in the fire which broke out in Banani’s FR Tower on March 28.