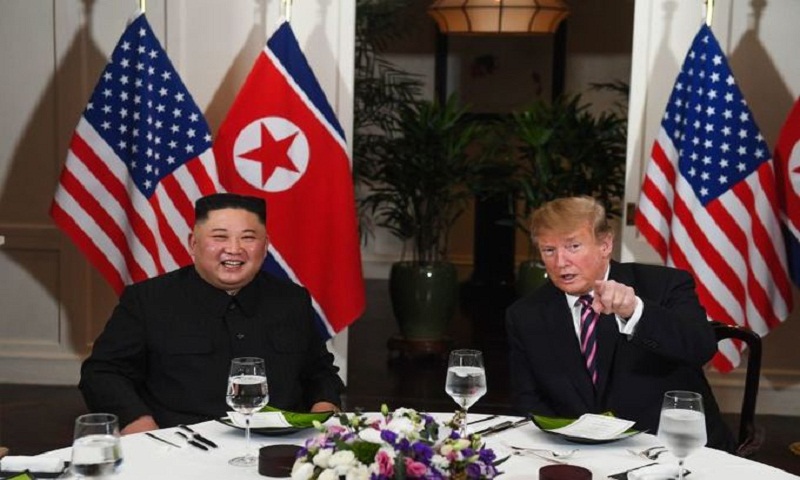 US President Donald Trump on Friday reaffirmed that he would stop new sanctions on North Korea, saying the country was suffering and he valued his relationship with its authoritarian leader Kim Jong Un.
Trump shed light on his tweet a week ago that took Washington by surprise in which he said he was rolling back sanctions on North Korea that the Treasury Department had planned.

“They are suffering greatly in North Korea. They’re having a hard time in North Korea,” he told reporters at his Mar-a-Lago estate in Florida.

A month after his latest summit with Kim ended in stalemate in Vietnam, Trump said he got along “very well” with the young leader, adding: “We understand each other.”