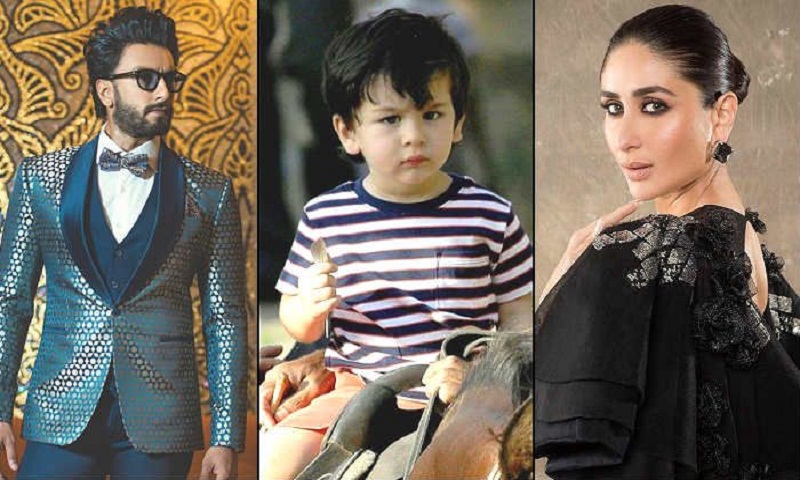 Actor Kareena Kapoor Khan, who walked away with the HT India’s Most Stylish Award Jury’s Choice (Female) award on Friday in Mumbai, said that her son Taimur Ali Khan was more stylish than actor Ranveer Singh.
Accepting her award, she said: “I am accepting this award on my son Taimur’s behalf, the most stylish man alive. And he is definitely more stylish than you Ranveer.”

Ranveer was given the HT India’s Most Stylish (Male) Readers’ Choice Award, which was presented to him by cricket legend Kapil Dev. Ranveer is playing the cricketer in his next film ‘83, being directed by Kabir Khan. Kareena’s son Taimur is a favourite of the paparazzi and is often photographed with his parents, Kareena and Saif Ali Khan, report Hindustan Times.

The HT Most Stylish 2019 awards saw a bevy of Bollywood stars descend at the venue. Ranveer, Katrina Kaif, Shah Rukh Khan and wife Gauri Khan, Ayushmann Khurrana walked away with awards in various categories. The event saw Ranveer and Akshay shake a leg to retro songs. Shah Rukh and Gauri spoke about their marriage and he complained that his wife never lets him take pictures of her, though of late, he is allowed to take one selfie with family. Gauri complained how Shah Rukh takes really long to get dressed, even longer than her.

Kareena, who delivered a hit with her last film Veere Di Wedding, is currently shooting for her new film, Good News, in which she stars with Akshay. They play a married couple trying to have a baby. The film also stars Diljit Dosanjh and Kiara Advani, who play a Punjabi couple trying for a baby as well. Kareena and Akshay have worked in films like Kambakht Ishq and Tashan before.